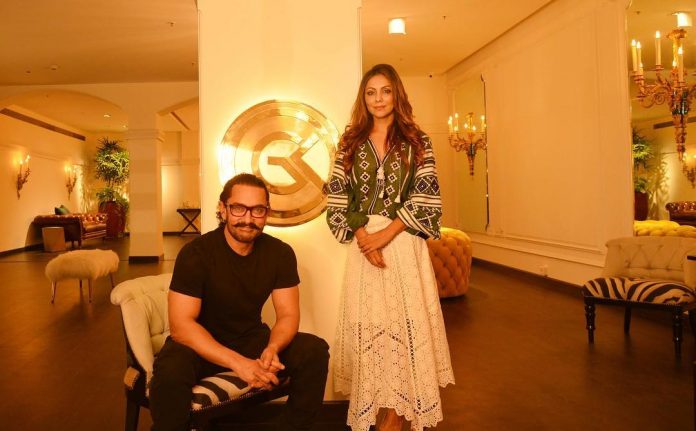 Gauri Khan’s design store has been visited by popular B-town celebs and even businesswoman Nita Ambani, in the recent past

Gauri Khan’s flagship store Gauri Khan designs has become one of the hottest spots for the B’towners. Aamir Khan was the latest visitor at the store in Mumbai on October 16, 2017.

The Dangal star looked dapper in a black t-shirt and black pants as he visited the store while Gauri looked trendy in a white skirt and a green printed top with block heels. Some of the earlier visitors to Gauri Khan’s store include Rani Mukherji, Sanjay Leela Bhansali, Nita Ambani, Karisma Kapoor, Malaika Arora, Kajol,Ranbir Kapoor, Alia Bhatt and others.

Aamir, on the work front, is busy promoting his upcoming film Secret Superstar which has Zaira Wasim in the lead role. The film is directed by Advait Chandan and is ready to be released in theatres on October 19, 2017. Zaira will be seen playing the role of a 14-year-old girl, Insia, who wishes to become a singing superstar, but fails to get any support from her father.

However, Insia then decides to make her own YouTube channel and posts videos with her face covered. Aamir in the film will be seen playing the role of a music composer, who notices Insia’s talent as a singer. The actor is also preparing for the upcoming film Thugs of Hindostan.