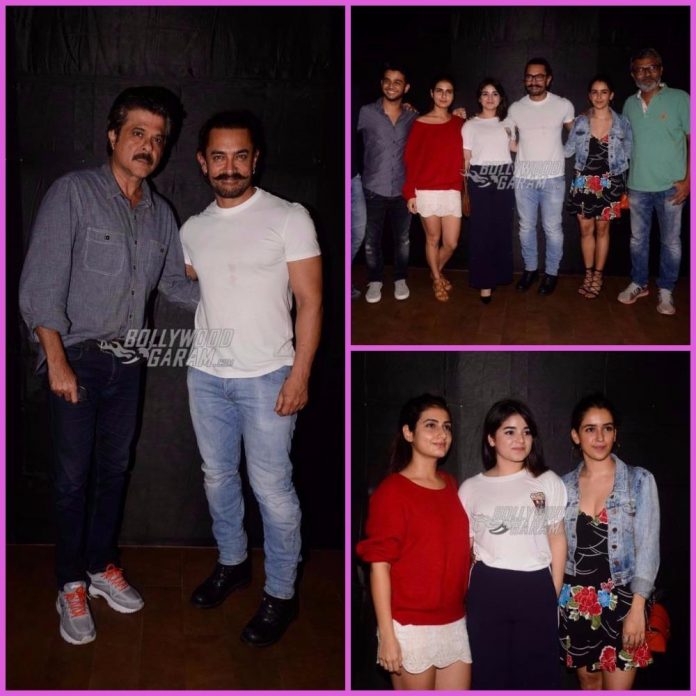 Aamir Khan has been on a promotional spree for upcoming movie, Secret Superstar starring Zaira Wasim in the lead

The Dangal girls Zaira, Sanya and Fatima were snapped bonding with each other and posed together for the shutterbugs. The lead actress of Secret Superstar Zaira looked pretty in a white top and blue wide-legged pants while Fatima appeared in a red top and a white skirt. Sanya looked pretty in a black printed outfit and a denim jacket.