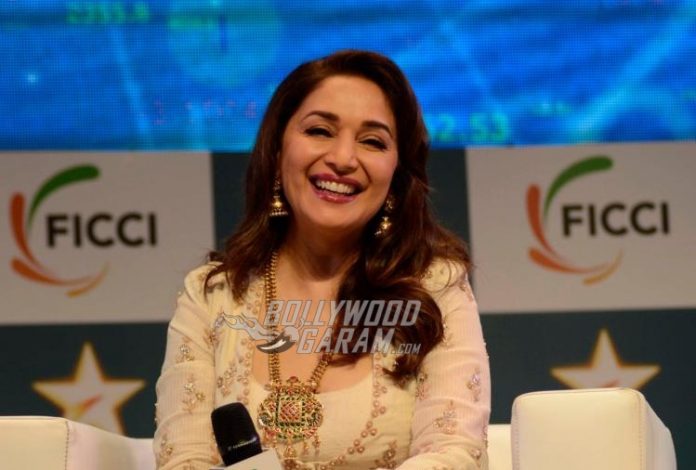 The Dhak Dhak girl, Madhuri Dixit will soon be back on the 70 mm screen but for a different film industry this time

Veteran actress Madhuri Dixit has ruled as the Bollywood diva for several years. After winning hearts with her acting and dancing skills, the actress has now donned the hat of a producer for an upcoming Marathi film with husband Dr. Shriram Nene. But, before that, Madhuri will be making her debut in Marathi films which will not be under her home banner.

Madhuri, while talking about the upcoming film with a leading daily said, “Marathi cinema is evolving beautifully and it makes me proud to see such incredible stories come alive on screen. I have received many scripts over the years since I was always open to acting in Marathi films. However, no script excited me as much as this one. The moment I heard the story, I knew that I wanted to be a part of it.” The actress also gave an idea about her role and said that it is a story about every household.

The Aaja Nachle actress added that the story not just gives hope and inspiration but also encourages to live life to its true sense. Madhuri also opened about the film and added that it is a story about a woman who is on the road of self-realization. The film will be directed by Tejas Deoskar and is expected to go on floors by the end of 2017.

Madhuri Dixit also spoke about her home production in another interview and said “My movie career is far from Ram and my production house RnM. That’s my area of expertise and the decisions are made by me.” The actress added that her husband’s management is restricted within the production house. Madhuri also talked about Dance With Madhuri which is a big project where husband Ram will be taking care of the technology and the actress will be taking care of the artistic side. The Devdas actress was last seen in the film Gulaab Gang in 2014.