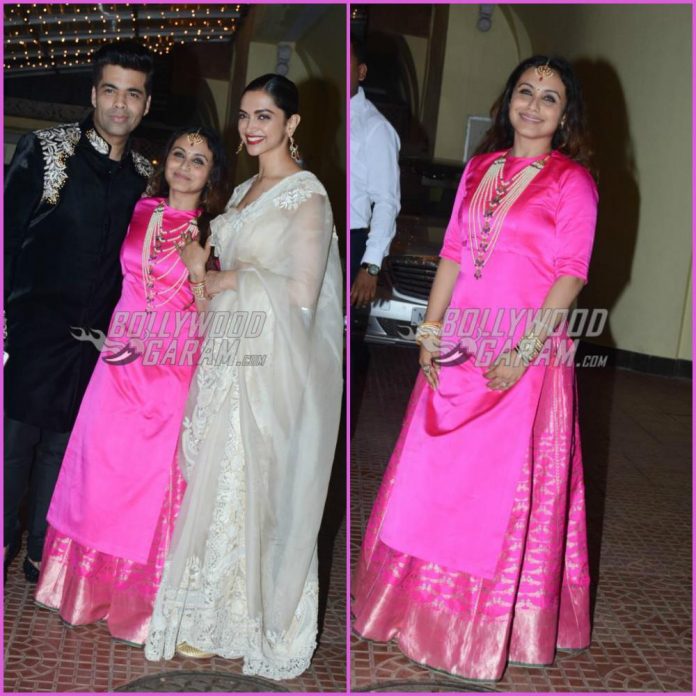 Bollywood can’t seem to have enough of Diwali parties where they are busy hosting and attending these events and dress up stylishly sporting a festive mood. It is Rani Mukherji’s turn now to be the host for a Diwali party

Bollywood is known for hosting some lavish Diwali bashes. While several celebrities hosted parties, actress Rani Mukherji too hosted an intimate Diwali bash at her residence in Mumbai on October 19, 2017.

Rani appeared to pose for the paparazzi with Karan and Deepika and looked pretty in a pink ethnic outfit with traditional jewellery. Filmmaker Karan appeared in a black bandhgala outfit while Deepika looked gorgeous in a white sari with trendy jewelry. Neil Nitin Mukesh appeared with his family including wife and parents and looked great together. Aditya Pancholi who recently filed a case against Kangana Ranaut, appeared in a traditional outfit with wife Zarina.