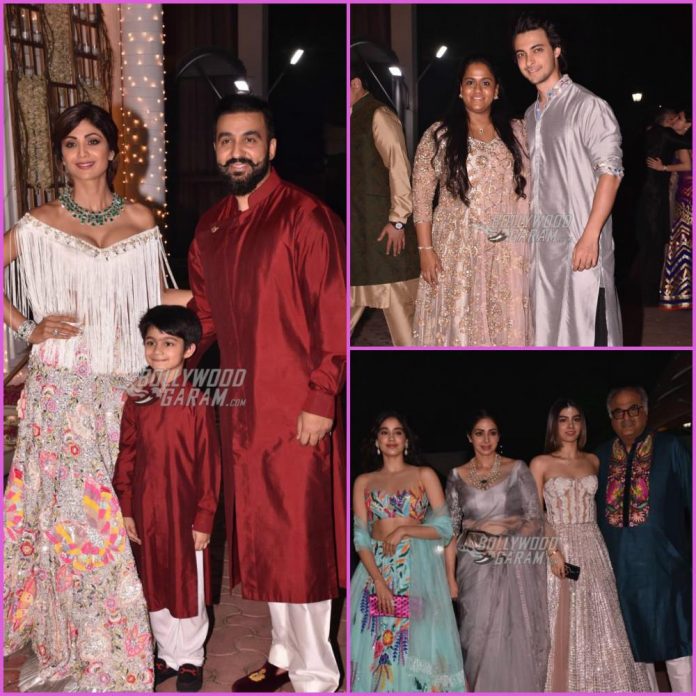 Shilpa Shetty has been spotted by the paparazzi often having a leisure time with family and by herself, and like each year, this Diwali too she chose to invite her friends and colleagues from the industry

Shilpa Shetty and Raj Kundra hosted a Diwali bash for friends and family members at their residence in Mumbai on October 19, 2017. Shilpa along with husband Raj and son Viaan were all smiles and poses for the shutterbugs as they greeted the media.