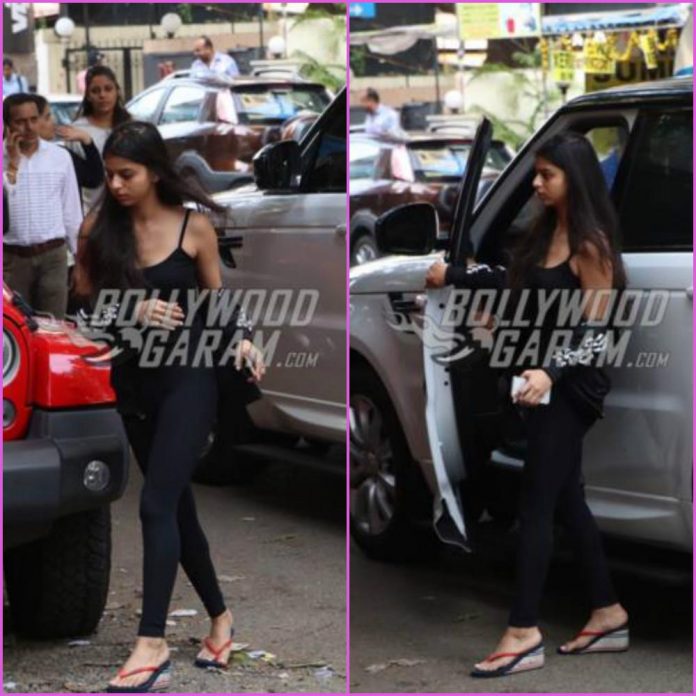 Even star kids like to spend some time out, but have always been the target of the paparazzi. Shah Rukh Khan’s daughter, Suhana Khan was snapped on a casual outing in Mumbai on October 23, 2017. The star kid was seen in a casual black camisole, black leggings and a black jacket.

Suhana a day before was snapped with some of her close friends including Chunky Pandey’s daughter Ananya Panday and Sanjay Kapur’s daughter Shanaya Kapoor. Shah Rukh Khan’s daughter often posts some gorgeous pictures on her social media pages.

Shah Rukh in a recent interview with a leading daily was asked if his daughter Suhana likes to be an actress to which he replied, “Suhana wants to be an actress. I see that zeal in her. She’s extremely good on stage, I’ve seen her performances. She’s admittedly a cinema fan and wants to be in the industry.” The Raees actor added that he made it clear to his daughter that she needs to complete her education before doing anything.