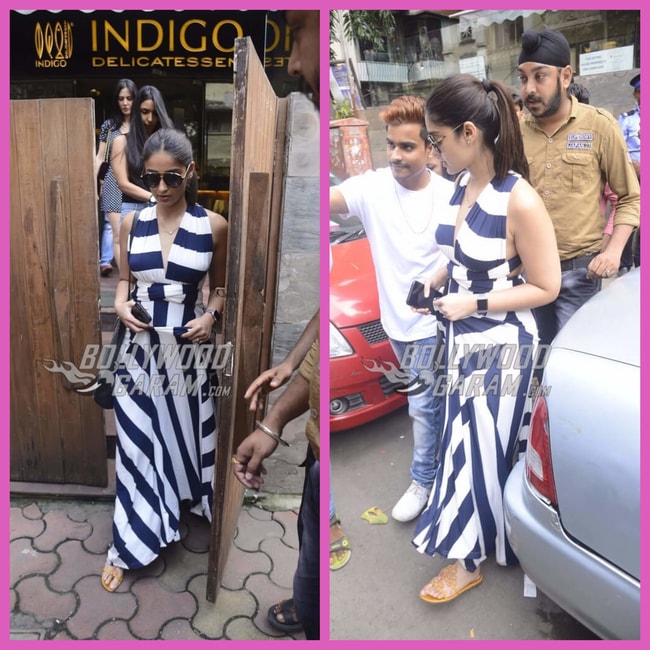 Ileana D’Cruz is a few films old in Bollywood but has already made a mark in the tinsel town with her laudable performances in Barfi, Rustom and other such films. The stylish diva was snapped spending some leisure time outside a popular restaurant in Mumbai. She was seen wearing a V-shaped blue and white striped gown and round sunglasses, completing the look with a blue handbag and hr hair tied up in a neat pony. The Barfi actress obliged for a couple of selfies with her fans and even posed for some pictures with them, while making her way towards the car.

Ileana’s last film was Baadshaho that was a multi-starrer with Ajay Devgn, Esha Gupta, Emraan Hashmi, Vidyut Jammwal and Sanjay Mishra starring along with her in lead roles. The film was directed by Milan Luthria and jointly produced by Bhushan Kumar, Krishan Kumar and Milan Luthria.

Another film of Ileana that released this year and performed well at the box office was Mubarakan along with Arjun Kapoor, Anil Kapoor and Athiya Shetty. While Mubarakan released in July 2017, Baadshaho hit the theatres in September, 2017.

Exclusive photos of the Rustom actress outside a popular restaurant!