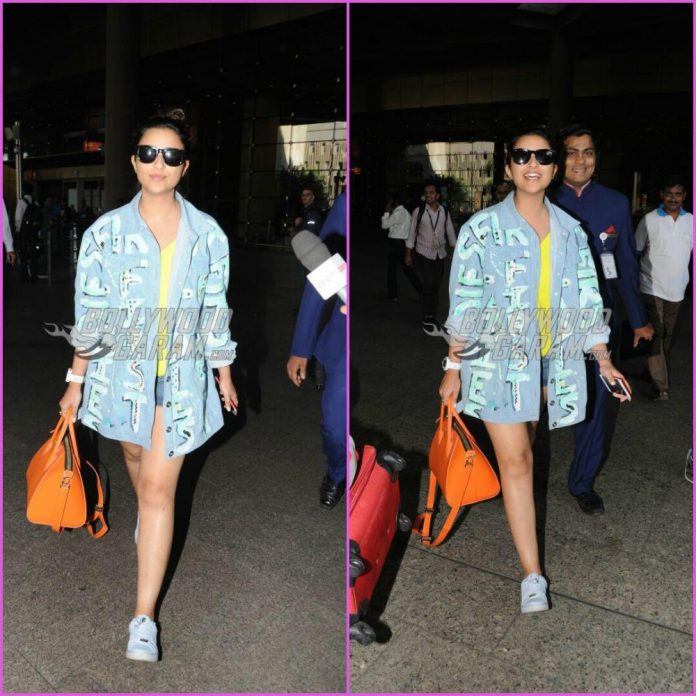 Parineeti Chopra had a double reason to celebrate on her birthday on October 22, 2017. The actress was at Goa to ring in her 29th birthday and also celebrated the super success of her latest film, Golmaal Again. The multi-starrer film which released in theatres on October 20, 2017 has already grabbed Rs. 100 crore at the box office. Parineeti was snapped at the airport as she returned from Goa on October 24, 2017.

The actress looked happy and excited as she greeted the media. Parineeti looked cool in denim shorts, yellow tank top and a blue long jacket with a pair of black sunglasses. The film Golmaal Again is helmed by Rohit Shetty and is the fourth film in the Golmaal franchise.