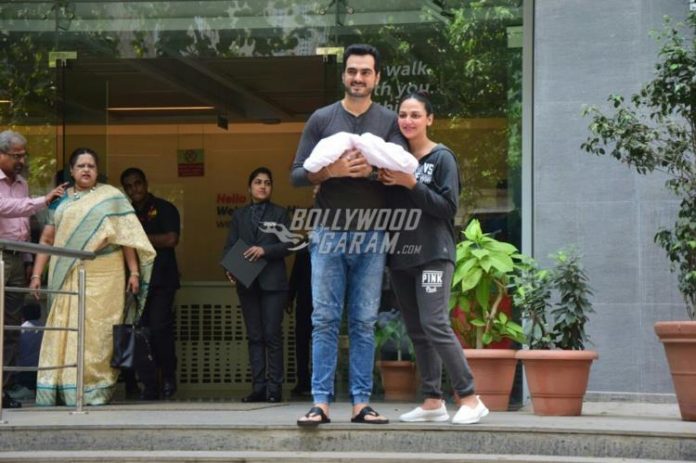 Esha Deol and Bharat Takhtani welcomed their daughter on October 20, 2017

Veteran actress Hema Malini revealed Esha Deol and Bharat Takhtani’s daughter’s name in an interview. Esha gave birth to a baby girl on October 20, 2017 and the new grandmother revealed that the new parents have decided to name their daughter as Radhya.

An excited grandmother in an interview said, “It’s such a beautiful feeling to become a grandmom again! I am very excited right now. Even Dharmendra ji is very happy. Esha is doing well, and the newborn baby girl, whom Esha and her husband Bharat Takhtani have decided to name Radhya, is so sweet and lovely-looking, like a little doll!” The Sholay actress also revealed that they did not go to the hospital as Bharat’s family went and brought them home.

Hema added that they remained at home preparing to welcome the new little family member. The actress and dancer also revealed that they first performed an Aarti according to the Hindu traditions while her staff burnt mild crackers outside the house. Hema Malini was happy and excited as she talked about her daughter Esha Deol and her little bundle of joy.

The actress also revealed that Esha’s sister Ahana Deol is helping her as she is more experienced in handling babies. Seems like, the Takhtani and Deol family are on cloud nine with the entry of the new family member.