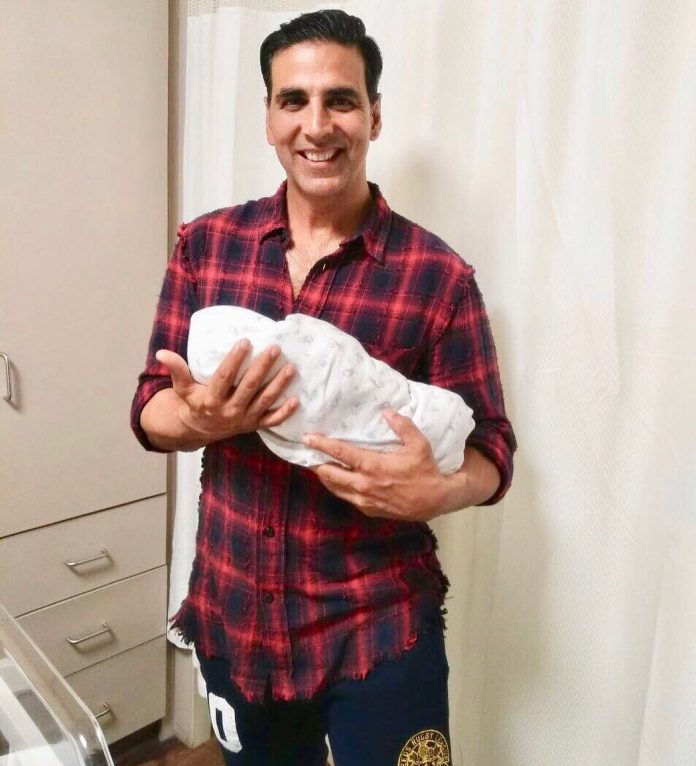 Asin, who hardly made any public appearances post her wedding with Rahul Sharma, has given birth to a baby girl on October 24, 2017. The first picture of the little one was shared by close friend and co-star Akshay Kumar on Instagram.

Akshay posted a picture of himself with the little baby and wrote, “One joy which is completely unmatched…congratulations to my dearest friends @simply.asin and Rahul on the arrival of their little angel [sic.]” Asin too took to her Instagram account to announce the good news and wrote, “Ecstatic to announce the arrival of our Angelic Baby Girl earlier today. Thank you for all your love and wishes. She is the best birthday present I could ever ask for!”

The actress will be celebrating her birthday on October 26, 2017. The news came as a surprise for the fans of Asin as she did not make any public appearance during her pregnancy. The Ready actress had kept her private life a secret post her wedding with Rahul.

The Khiladi 786 actress got married to Rahul in January 2016 and quit her acting career post marriage. Rahul Sharma is the co-founder of Micromax. The actress was last seen in the film All Is Well in 2015 and made her debut in Bollywood with the film Ghajini opposite Aamir Khan.

Ecstatic to announce the arrival of our Angelic Baby Girl earlier today. Thank you for all your love and wishes. She is the best birthday present I could ever ask for! ?