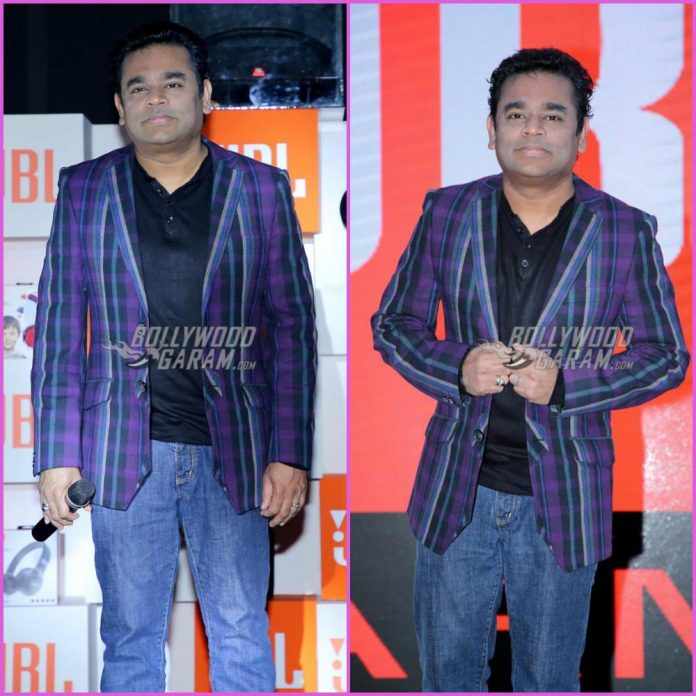 Academy Award-winning music composer A.R. Rahman, who is the global brand ambassador of JBL, performed at the JBL & Harman Kardon India 2017 launch event held in Delhi on October 24, 2017. The composer looked great in a black t-shirt, denims and a checked jacket.

The award-winning composer started off as an independent composer with the Mani Ratnam film, Roja. The singer and songwriter continued to work in more films in Tamil, Malayalam and Telugu languages and made his debut in Bollywood as a composer with the film Rangeela starring Urmila Matondkar and Jackie Shroff.

The music composer won an Academy Award for the song Jai Ho from the film Slumdog Millionaire.

Exclusive photos of Roja‘s music composer from the launch event!