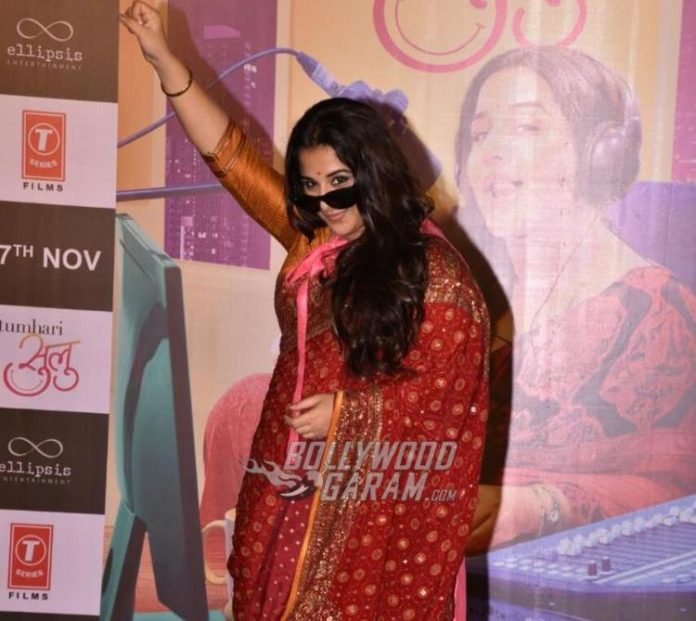 The makers of Tumhari Sulu recently released another song from the film, Ban Jaa Tu Meri Rani featuring Vidya Balan and Manav Kaul who plays her husband in the film

Innocent dance moves, expressions and plenty of glitter sums up the peppy track of Hawa Hawaii 2.0 from the upcoming film, Tumhari Sulu. The song features Vidya Balan, who has given her best as Sulochana, the night radio jockey at a popular radio station. The track is the revamped version of the Sridevi-starrer song Hawa Hawaii from the movie Mr. India released in 1987.

The song has the capability to bring a smile on someone’s face and features Neha Dhupia and RJ Malishka. The makers have retained the original vocals of singer Kavita Krishnamurthy which has gelled perfectly with some new beats. The video shows Vidya partying with Neha and Malishka and dancing her heart out with moves one cannot miss.

The original song was composed by Laxmikant Pyarelal along with Kavita Krishnamurthy. Vidya in an earlier interview talked about the song and said, “I may have been five or six years old when the song released. As a child, I absolutely loved the song. I can’t believe that so many years later I am actually featuring in it. When I was informed about it during pre-production, I was both excited and anxious. It made me very nostalgic. Ours is a happy interpretation…an office party song. We had fun doing it!”

The upcoming film, Tumhari Sulu is directed by Suresh Triveni and is ready to be released in theatres on November 17, 2017.