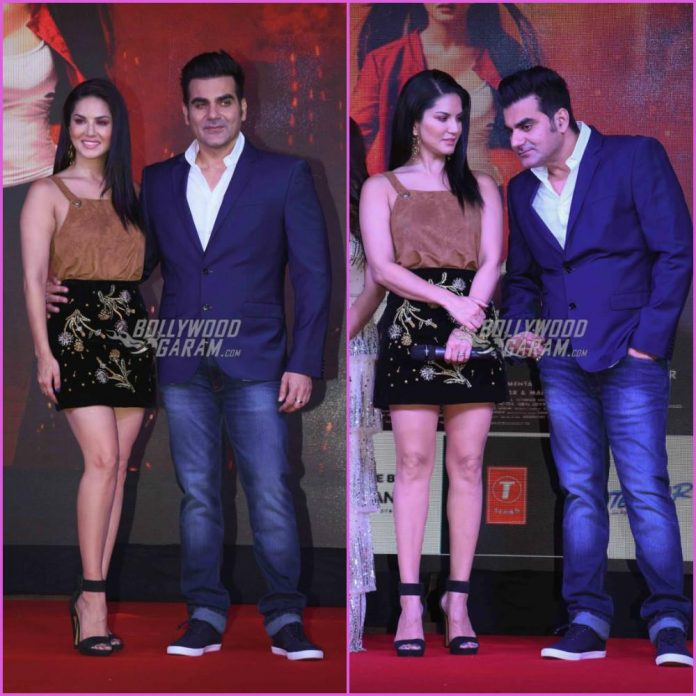 Sunny Leone and Arbaaz Khan launched the trailer of their upcoming film, Tera Intezaar at a grand event held in Mumbai on October 26, 2017. The trailer has narrated a story about a hot romantic couple played by Arbaaz and Sunny, who suddenly come across a tragedy.

Steamy scenes between Arbaaz and Sunny have caught everyone’s attention. The lead actors indeed look great together as an on-screen pair. This is the first time Sunny and Arbaaz have worked together. Tera Intezaar also stars Salil Ankola, Sudha Chandran, Gauhar Khan, Arya Babbar, Bhani Singh and others and is directed by Raajeev Walia.

The makers are ready to release the film in theatres on November 24, 2017. Sunny, during the launch event looked pretty in a black skirt and a brown top while Arbaaz looked dapper in a blue jacket, a pair of denims and a white shirt.