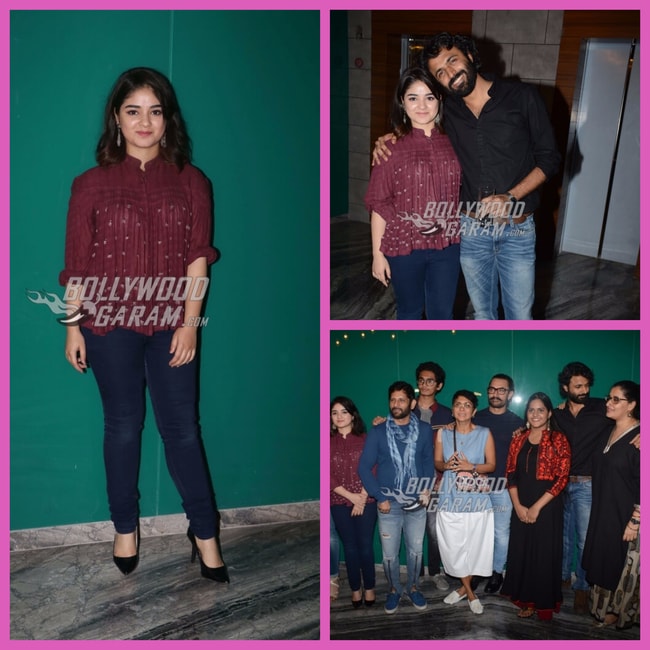 Secret Superstar released on October 20, 2017 during Diwali celebrations has been creating quite the wonder at the box office , is being praised by the film fraternity and critics alike. To celebrate the success of the Aamir Khan-Zaira Wasim starrer, Director Advait Chandan threw a success party that saw people from the industry coming together to attend the bash along with the cast and crew members of the film.

Zaira was seen with her on-screen mother Meher Vij, her besotted classmate Tirth Sharma and her strict and orthodox father in the film, Raj Arjun. Her Dangal co-stars, Fatima Sana Shaikh and Sanya Malhotra were also seen having a good time at the event held at Escobar in Mumbai on October 26, 2017.

Chandan was quoted by a leading daily while talking about the success party, “I’ve been welcomed so warmly in Bollywood that I want to share the success with them. I’ve invited everyone whose work I love – Zoya Akhtar, Raju sir [Hirani], Karan Johar, Ranveer Singh and Maneesh Sharma. My cast and crew will come; there’s no party without them!”

He also added that he was waiting for the film to earn profits at the box office before he could throw a party! The movie went on to collect Rupees 36 crores within a week of its release and has been lauded for being shouldered massively by a teenage girl, Wasim who debuted in Bollywood with Dangal and Secret Superstar is her second film. Her performance in the film has been appreciated by one and all.

Exclusive photos from the trailer launch of Secret Superstar!