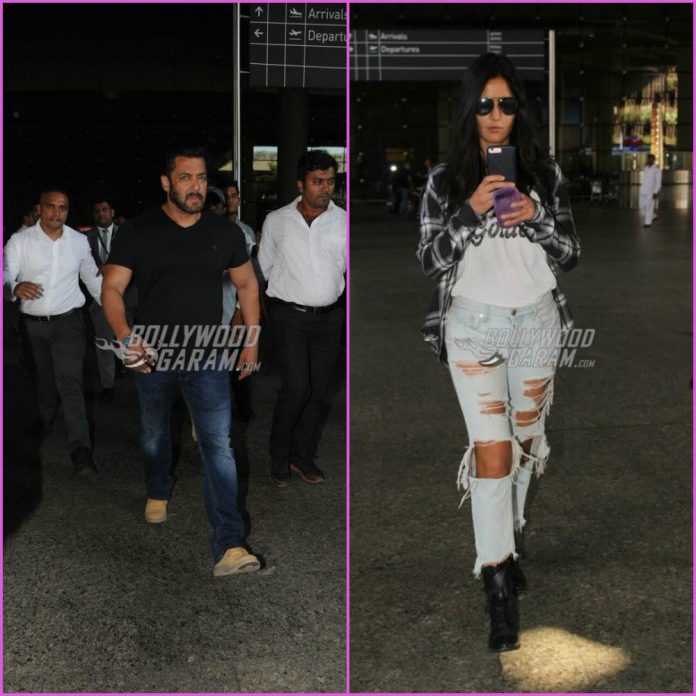 Tiger Zinda Hai‘s first look was revealed on October 25, 2017 and showed the lead actors, Salman Khan and Katrina Kaif in an action sequence

Katrina Kaif and Salman Khan are working together on the upcoming Indian spy thriller Tiger Zinda Hai, which is the sequel to the film Ek Tha Tiger. The actors were snapped at the Mumbai airport as they returned from Dubai.

Salman Khan, who has always grabbed attention with his public appearance, looked great in a black t-shirt and blue denims. Co-star Katrina looked stylish in a white t-shirt, checked shirt and ripped denims. Their upcoming film Tiger Zinda Hai is directed by Ali Abbas Zafar and produced by Aditya Chopra under the banner of Yash Raj Films.

Exclusive photos of Salman Khan and Katrina Kaif at the airport!