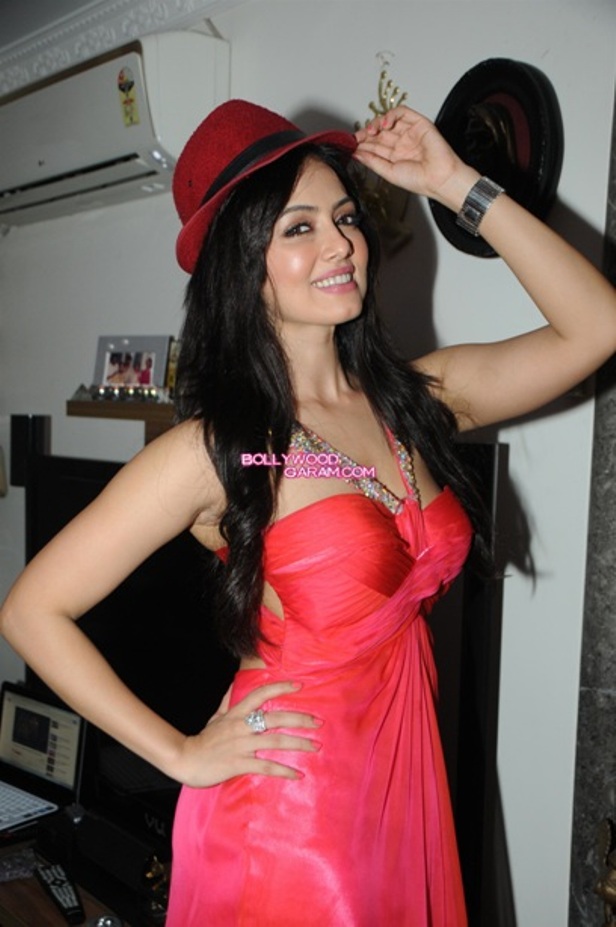 BollywoodGaram.com: Bollywood actress Sana Khan – who shot to fame with her stint in the popular reality show ‘Bigg Boss’ – recently celebrated her birthday with close friends and colleagues in Mumbai on August 21, 2013. The actress was joined by stars including Vindoo Dara Singh, Rajiv Paul, and many other actors from the Indian film industry.

The only person who was missing from the bash was actor Salman Khan. Salman and Sana are working together in their upcoming movie ‘Mental’. During the party, the actress changed her outfit twice and the red dress made several heads turn. At the party, Khan was also seen having a great time with her friends.