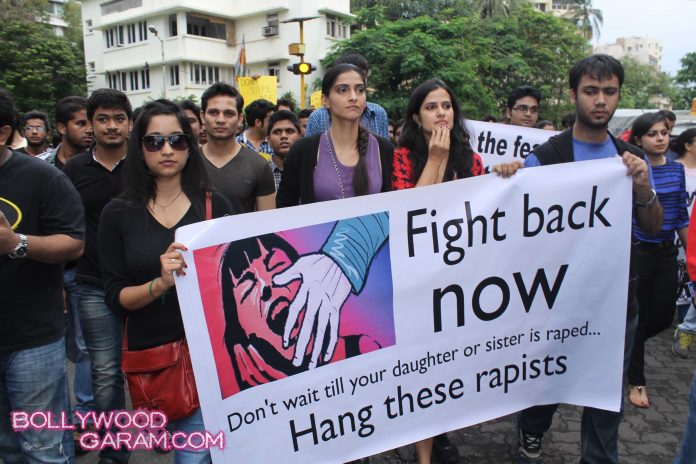 BollywoodGaram.com: In India, the cases of atrocities against women is something that still has to be tackled and put to an end. After the news of the rape of a photo journalist in the cosmopolitan city of Mumbai, everyone from college students, office- goers to Bollywood film stars have come out in the open to voice their condemnation of such crimes.

Bollywood celebrities and many journalists took to the streets to stage a silent protest from Bandra’s Jogger’s Park to the Amphitheater at Carter road  Mumbai armed with banners expressing their anger following the news of the rape of a 22-year-old woman in an abandoned Central Mumbai mill late last week.

“Mausam” actress Sonam Kapoor said, “I am really shocked and taken aback with the recent shameful incident that took place in Mumbai. A sheer act of cowardice.”