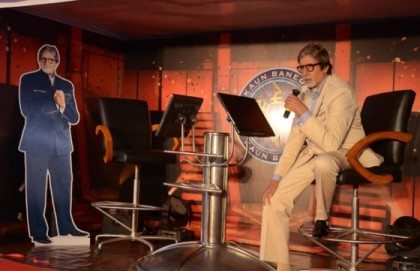 While talking about the van, the ‘Black’ actor said that it will be stationed in selected cities and people will get a chance to experience the actual hot seat. In addition to that, people will be able to win by playing the quiz show in the van.

Apart from talking about the promotions of KBC 2013, the superstar criticized the fake video which circulated on the internet, in which he is seen praising Gujarat politician Narendra Modi. Mr. Bachchan also congratulated the fellow actor Salman Khan on completion of 25 years in the film industry.