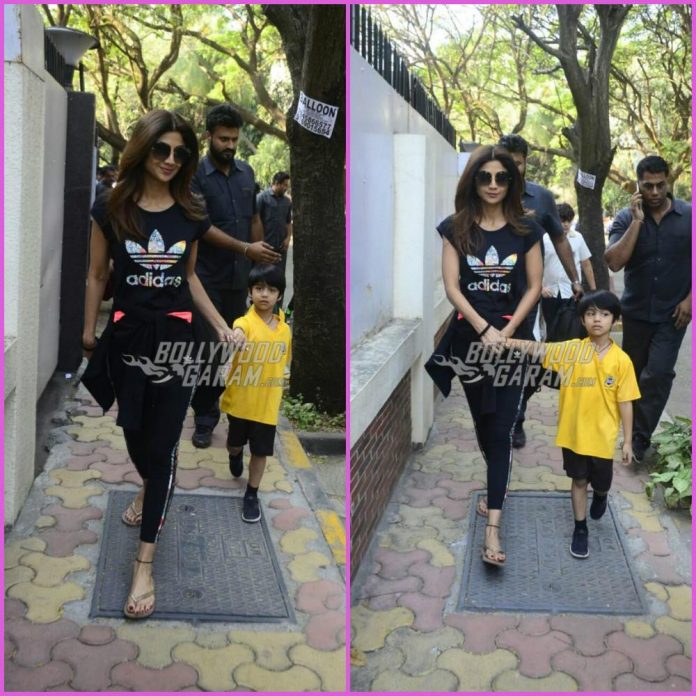 Stars being snapped with their kids becomes a treat for the paparazzi. Actress-turned-fitness-expert, Shilpa Shetty was snapped with her son, Viaan Kundra in Mumbai on November 22, 2017.

The Dhadkan actress looked trendy in a black t-shirt, black pants and a jacket tied around her waist while the little one was seen in a yellow t-shirt and black shorts. Shilpa has always acknowledged the paparazzi whenever she is clicked in the city or outside.

A recent incident where a couple of lens men were assaulted by the bouncers of a restaurant, was criticized by the actress. Shilpa, who did not mind posing for the cameras, was not aware of the incident, but when she came to know about the assault, the actress condemned the incident. The actress-turned-entrepreneur added that the paparazzi is a part of the fraternity.

Exclusive photos of Shilpa Shetty with son Viaan Kundra on a casual outing!