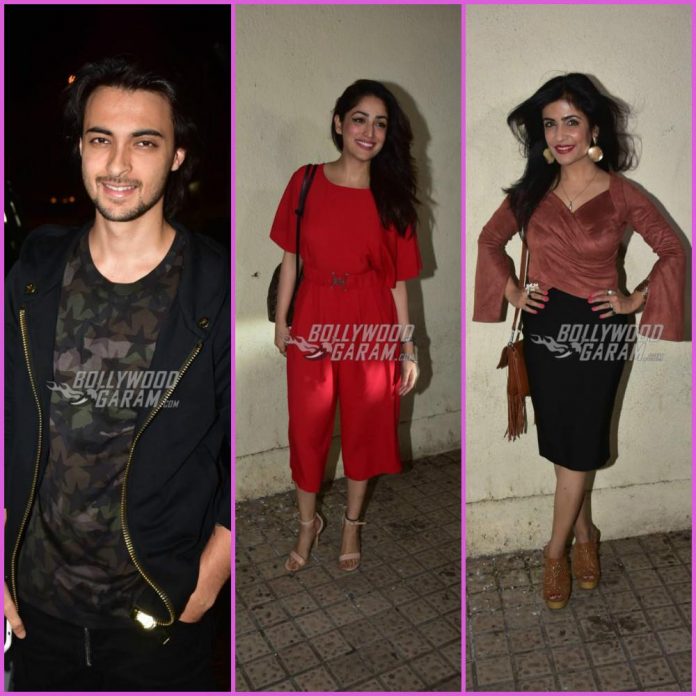 Other attendees of the screening event included Sharman Joshi, Rohit Roy and others. Kaabil actress Yami looked gorgeous in a red jumpsuit and was all smiles for the paparazzi. Arpita Khan’s husband Aayush looked dapper in a trendy t-shirt, black denims and a black jacket.

Fukrey Returns has been released in theatres on December 8, 2017. The film is directed by Mrighdeep Singh Lamba and jointly produced by Farhan Akhtar and Ritesh Sidhwani. Lead actress Richa Chadda gave a miss to the screening event. The film is the sequel to the 2013 film Fukrey which won hearts of many.