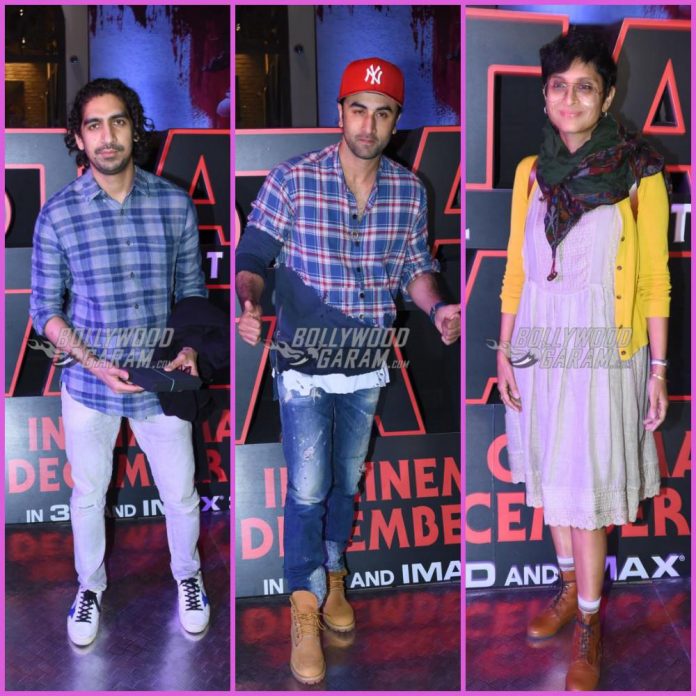 Ranbir Kapoor is not just a great actor but is also an admirer of good films. The actor was snapped at the premiere of Star Wars: The Last Jedi held in Mumbai on December 13, 2017. The premiere event also saw the presence of Kira Rao, Ayan Mukherji, Sonali Bendre with her family, Rochelle Rao with Keith Sequeira.

Ranbir has recently signed on the dotted lines for the upcoming film Brahmastra which will be directed by Ayan Mukherji and produced by Karan Johar’s Dharma productions.