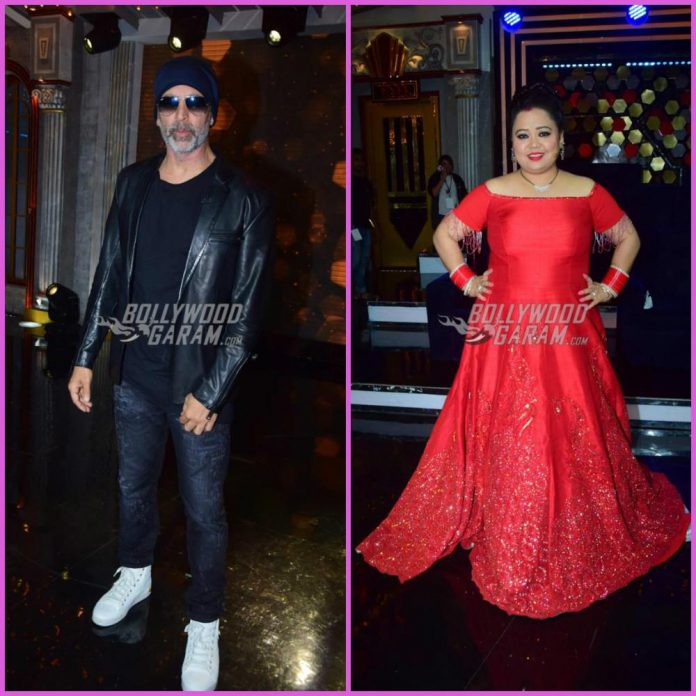 Bharti Singh appeared as the special guest for the finale episode. The comedian had skipped her honeymoon plans with husband Haarsh Limbachiyaa to be able to shoot for the show, where she started her career in comedy. Akshay looked dapper in a black t-shirt, denims and a black jacket with white shoes while Bharti was seen in a beautiful red off-shoulder outfit and was seen wearing the traditional red chuda that are worn by newly wedded women.

Bharti and Haarsh got married in a lavish and detailed wedding ceremony in Goa. The actress while talking to a leading daily said that she will leave for her honeymoon to Europe on December 23, 2017. Bharti added that she had to cancel the tickets to Europe but did not complain as she was happy to be back the show as a judge as she started as a contestant on it.