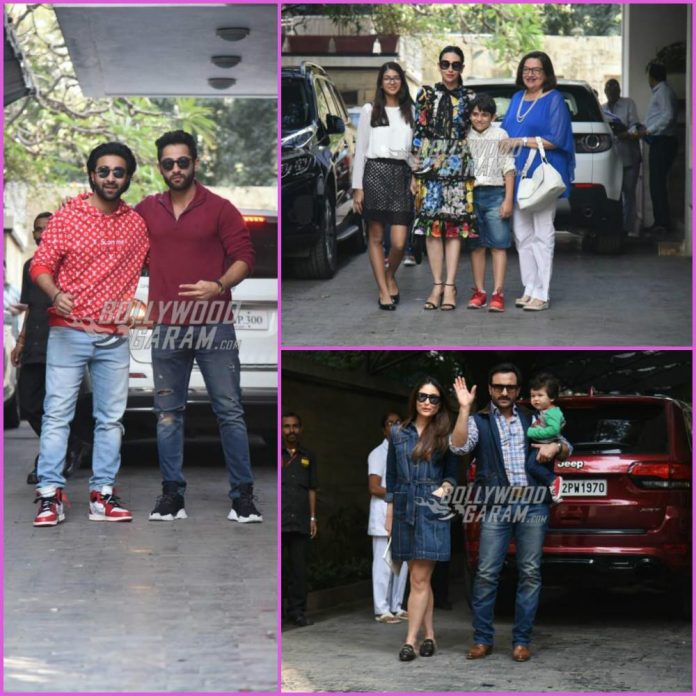 Neetu Kapoor, Rishi Kapoor, Babita Kapoor, Karisma Kapoor with her children Randhir Kapoor, Aadar Jain and Ranbir Kapoor were clicked by the paparazzi. But the ones who caught everyone’s attention was Kareena Kapoor, Saif Ali Khan and their little toddler Taimur Ali Khan. The Bollywood diva looked pretty in a denim outfit with black shoes and a white purse while father Saif was seen in a shirt, a pair of denims and a blue sleeveless bomber jacket.

Little Taimur was all smiles in a full sleeves t-shirt a pair of denims and red shoes. Taimur was seen while he attempted to walk with the help of his parents. The couple was all smiles and poses as they arrived for the annual brunch. The tradition of the annual Christmas brunch was started by Shashi Kapoor’s wife Jenniffer Kendal. Shashi Kapoor passed away on December 4, 2017 but the Kapoor family continued with the tradition in memory of the veteran actor.