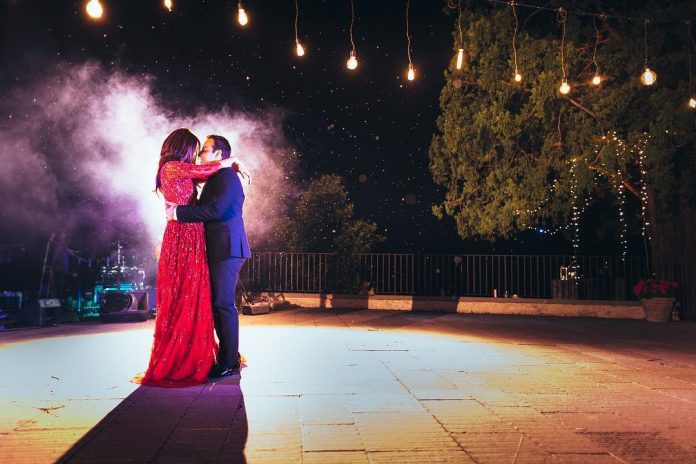 TV turned film actress Surveen Chawla got married in a hush hush ceremony with Akshay Thakker. The actress posted an intimate picture with her husband while making an announcement about her wedding on her Twitter page.

The picture showed, Surveen clad in a beautiful red outfit with her husband. The image was captioned, “And just like that, right in the middle of an extra-ordinary life, love gave us a fairy tale??… #Married #bliss #EternalLove #GiveUsYourLove&Blessings.” Reports from a leading daily said that the two met through a common friend in 2013 and soon after they fell in love.

The couple got married in 2015 with just family members in presence. The actress had a dream to have a white wedding in a chapel located in a picturesque castle in Italy. The couple was waiting for the right time to make the announcement and had planned to do it in January 2018.

Surveen will be seen in Ekta Kapoor’s upcoming web series with the title Haq Se opposite Rajeev Khandelwal. The story is about four sisters Jannat, Meher, Bano and Amal and narrates their ambitions and dreams. The year 2017 has been a year of high profile weddings including Sofia Hayat, Aashka Goradia, Bharti Singh, Anushka Sharma and Sagarika Ghatge.