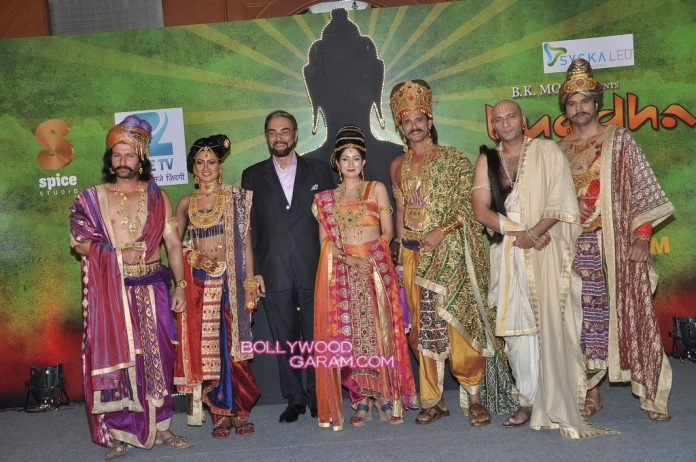 BollywoodGaram.com: Popular  Indian TV series Ramayana on Zee TV is all set to end and will be replaced by the upcoming show Buddha, which is a dream project for Dr. BK Modi of Spice Studios. The show will begin on September 8, 2013 and the season will have 52 one-hour-long episodes.

Buddha is a fiction show which was announced by the channel on September 2, 2013 and it is based on the early life of Gautam Buddha and will be telecast at 11 am every Sunday.

The show is produced by Spice Studios and will have an impressive cast, including Kabir Bedi, Nigaar Khan, Samir Dharmadhikari and many others.