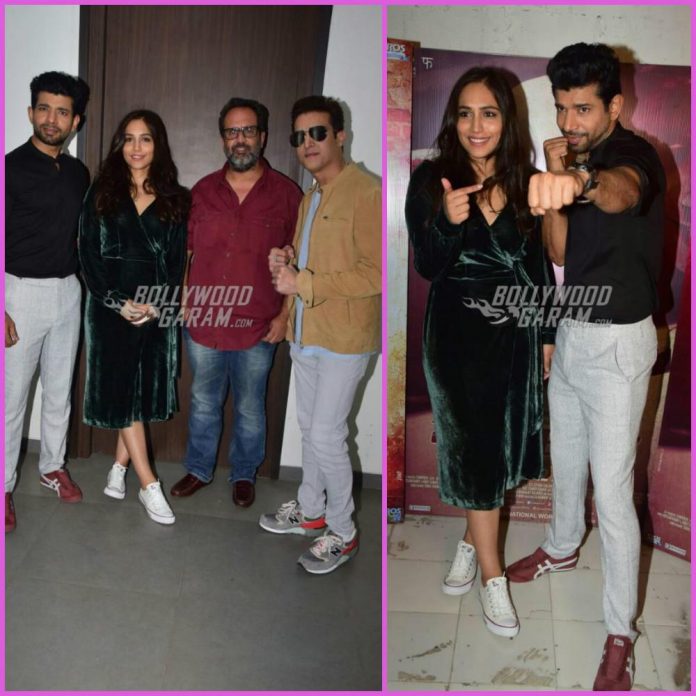 Lead actors of the upcoming film Mukkabaaz promoted the film at an event in Mumbai on December 2, 2018. The promotional event saw the presence of Vineet Kumar Singh, Zoya Hussain, Anand L. Rai and Jimmy Shergil.

The upcoming film is directed by Anurag Kashyap and will see Vineet Kumar playing the role of a struggling boxer. Kumar in an earlier interview said that he wants to help real life boxers who are struggling.

Vineet has reportedly fought with some real life boxers, which made him think like a boxer himself. The actor said, “In the film, there was no action choreography and I fought against some of the boxing champions like Neeraj Goyat, Deepak Tanwar and Sandeep Yadav. So yes, I want our country to have more such champions, and as an actor and sports enthusiast, I want to support these kind of sports individuals who have always been ignored”.