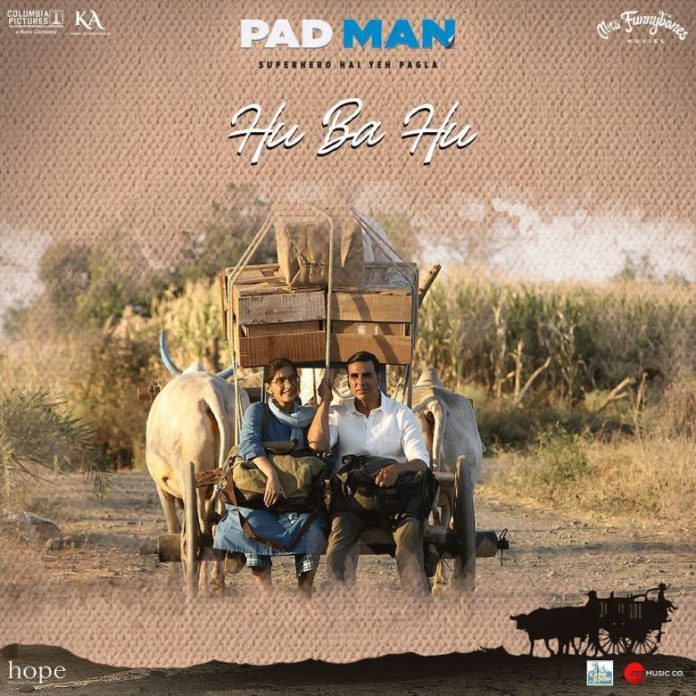 After Toilet: Ek Prem Katha, Akshay Kumar is ready to spread another message about menstrual hygiene with the film Padman. The actor shared the first look of an upcoming song Hu Ba Hu from the film through his Twitter account.

Sonam in the film will be seen playing a friend to Akshay’s character. Akshay will be seen playing the role of a man who invents low-cost sanitary pads for women in the rural areas. The film is directed by R. Balki and is a biopic on the real life hero Arunachalam Muruganantham, who’s life will be narrated in the flick.

Sonam in an earlier interview had said that Akshay is the best choice to play Padman. The actress Tweeted, “Such a pleasure working with the indomitable Akshay Kumar. He was the perfect person to play the role of Padman and has brought a sense of humour and love to the film.” The film is ready to be released in theatres on January 26, 2018.