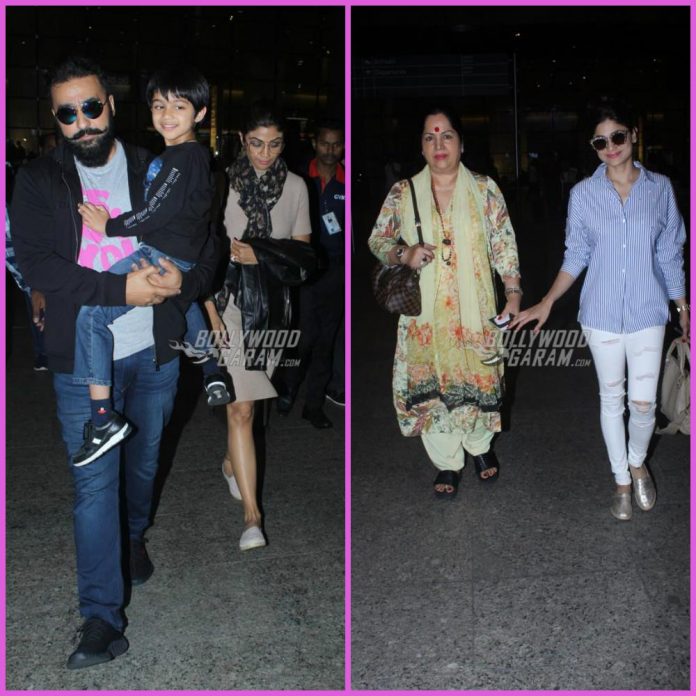 Shilpa Shetty and her family spent the New Year in Dubai. The actress along with her husband Raj Kundra, son Viaan, mother Sunanda Shetty and sister Shamita Shetty, was snapped at the Mumbai airport on January 3, 2018. Shilpa along with her family made a stylish appearance at the airport.

The Dhadkan actress looked stylish in a light brown outfit with a black scarf and white shoes while Raj looked cool in a grey t-shirt, a pair of denims, black jacket and black shoes. The London based entrepreneur was seen carrying his son Viaan in his arms, who was all smiles for the shutterbugs at the airport.

Shamita too looked cool in a blue shirt and white pants with a pair of cool glares. The actress was seen walking with mother Sunanda at the airport. Shilpa has been away from Bollywood for quite some time, but has always been in the limelight with her social outings, business ventures and reality show appearances.