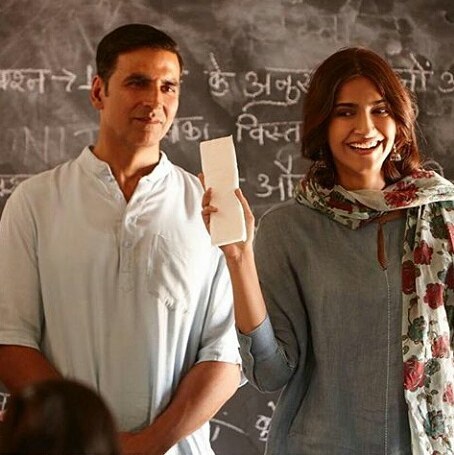 The news was announced by Akshay Kumar on Twitter and wrote, “Superhero ke saath Super Republic week. #PadMan releasing on 25th January, 2018! @PadManTheFilm @sonamakapoor @radhika_apte @mrsfunnybones @SonyPicsIndia @kriarj #RBalki” Akshay will be seen playing the role of the national hero Arunachalam Muruganantham, who invented low-cost sanitary pads and also spread the awareness of menstrual hygiene among the women living in the rural areas.

Akshay’s earlier film Toilet: Ek Prem Katha had also helped to spread the message of using toilets, instead of indulging in open defecation. The film also starred Bhumi Pednekar and was directed by Shree Narayan Singh. Toilet: Ek Prem Katha was released in theatres on August 11, 2017. Akshay had dug a toilet in Madhya Pradesh, India to promote the film.