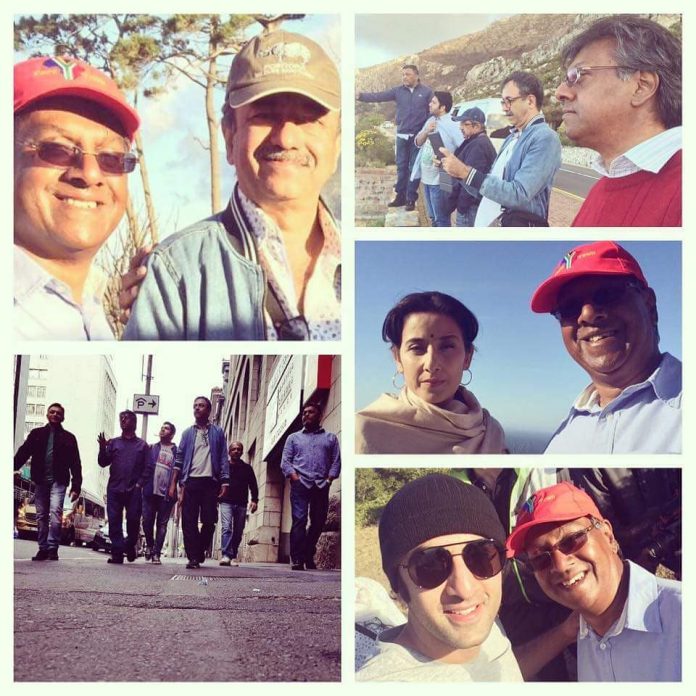 While the makers postponed the release of upcoming biopic on Sanjay Dutt, the lead actors of the film are showing a lot of excitement. Manisha Koirala, will be seen playing the role of late actress . After giving some spectacular performances in Bollywood, the actress is once again ready to play the role of Sanjay Dutt’s mother. A new picture surfaced online has showed off Manisha’s look in the film.

The picture has shown striking similarities between Manisha and Nargis and we can surely say the actress has nailed the look. Manisha earlier talked about working with Ranbir Kapoor in the film and said, “I find these young actors hard working and focused. Ranbir is one of the finest talents we have in our [film] industry. And I believe it’s not about senior or younger co-stars; for me, it’s always great to share screen space with good actors.”

The upcoming film is directed by Rajkumar Hirani and also stars Sonam Kapoor, Anushka Sharma, Vicky Kaushal and Paresh Rawal in lead roles. The film has already garnered a lot of attention from the audience. The makers recently announced that the release of the film has been postponed to June 2018. The film was earlier expected to be released in March 2018 but has been postponed due to unknown reasons.