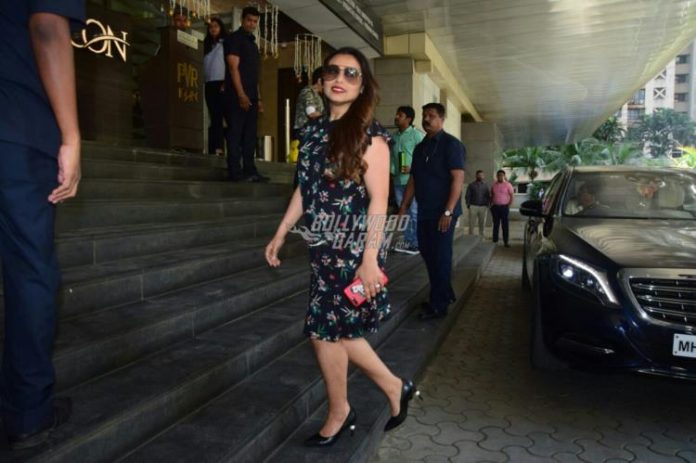 As fans of Rani Mukherji wait for her return to films, the actress has already chalked out plans for promotions of her upcoming film Hichki. The Saathiya actress is ready to begin promotions of the film from January 14, 2018, which also marks the festival of Makar Sankranti.

Rani is expected to travel to Ahmedabad for promotions, where she will be interacting with students and her fans. The upcoming film is produced by Yash Raj Films and will mark the first film after her last release Mardaani after four years. The Kuch Kuch Hota Hai actress took a break for her marriage with Aditya Chopra, after which she gave birth to daughter Aadira.

There are many activities lined up for the Ahmedabad promotion schedule. Ahmedabad will be the first city Rani will be visiting to promote Hichki. The 39 year old star will be seen playing the role of a teacher who suffers from Tourette Syndrome, which is a condition where an individual makes involuntary repetitive movements or sounds. The tagline of the film reads, “What is life without a few hiccups.”

Rani Mukherji in an earlier interview talked about the subject of Hichki and said, “Yes, of course. I think hiccup is a normal process for any actor, for any person in their life. Sometimes you have a hiccup in your personal life and sometimes in your professional life. But the beauty of a hiccup is that you can get over it as well. There have been times professionally and personally I have been through hiccups”. The trailer of the film has shown Rani in a promising role and the subject has already garnered a lot of attention of the audience, who cannot wait to get their hands on the film. Hichki is directed by Sidharth P Malhotra and is ready to be released in theatres on February 23, 2018.