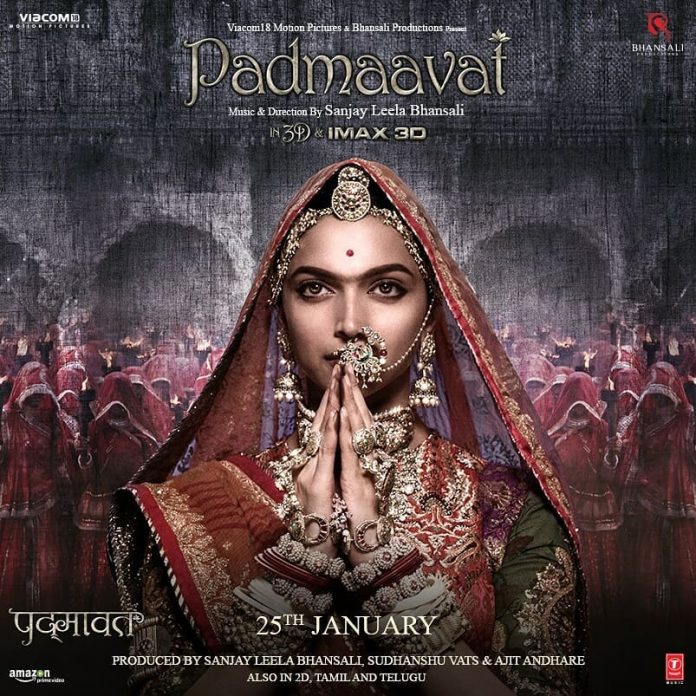 Padmaavat has turned out to be one of the most controversial films in Bollywood. After several protests and conflicts, the Sanjay Leela Bhansali film has finally got a release date. The Deepika Padukone, Ranveer Singh and Shahid Kapoor starrer flick is ready to be released in theatres on January 25, 2018.

The Censor Board has cleared the film with a U/A certificate, after suggesting a few modifications. However, the film is still facing issues with the members of the Rajput Karni Sena and Kshatriya Mahasabha, who have demanded a ban on the film despite being cleared by the CBFC. It seems like the film will not have a release in Rajasthan and Gujarat.

The new of the release date was announced by Deepika Padukone through her Twitter account and wrote, “Get ready to witness the epic tale #Padmaavat on 25th January 2018, in theatres near you!Now also in 3D, Imax 3D, Tamil & Telugu! @filmPadmaavat @RanveerOfficial @shahidkapoor.”

The film was earlier scheduled to be release on December 1, 2018 but was postponed due to constant protests by the members of the Rajput community. The CBFC recommended a few changes including the film’s title from Padmavati to Padmaavat and an addition of a disclaimer, that points that the film does not promote the practice of Sati.