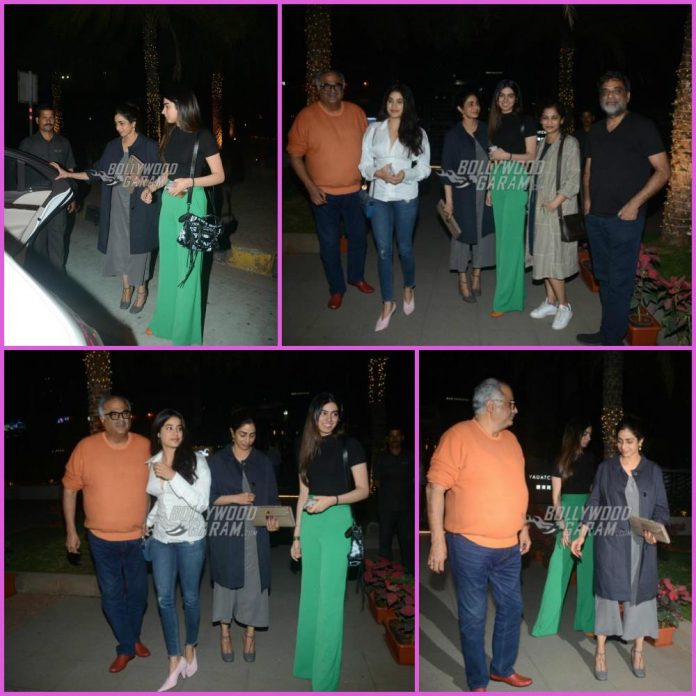 Veteran actress Sridevi with husband Boney Kapoor and daughters Janhvi and Khushi were joined by filmmakers R Balki and Gauri Shinde for a dinner at a popular restaurant in Mumbai on January 21, 2018. The actress looked pretty in a trendy outfit, while upcoming actress Janhvi was seen in a casual white shirt and a pair of denims.

Daughter Khushi was seen in a high waist green pants and a black top. Kapoor family were all smiles as they made an exit with the filmmakers and were clicked by the paparazzi. On the work front Janhvi is all set to make her debut in Bollywood with the film Dhadak which will also mark the debut of Shahid Kapoor’s brother Ishaan Khatter.

The film is a Hindi remake of the Marathi blockbuster Sairat and is directed by Shashank Khaitan. Dhadak is produced by Karan Johar, Hiroo Johar and Apoorva Mehta and is due to be released in theatres on July 20, 2018.