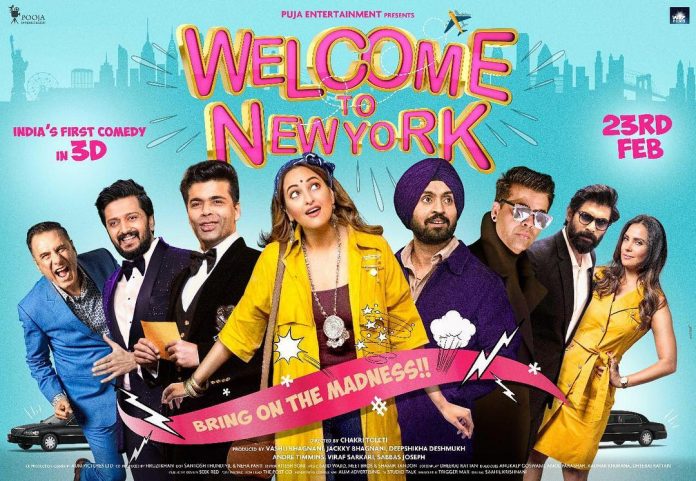 After releasing an interesting poster, the makers of Welcome to New York have unveiled the official trailer of the film on January 22, 2018. The trailer has shown a multi- star cast with some big names from the industry like Karan Johar, Boman Irani, Sonakshi Sinha, Riteish Deshmukh and Rana Daggubati.

It begins with the introduction of the lead characters Jeenal Patel played by Sonakshi Sinha and Hero played by Diljit Dosanjh. Diljit plays the role of a recovery agent while Sonakshi plays the role of a fashion designer. The two come across and land up to be a part of a big event expected to take place in New York.

The film is directed by Chakri Toleti and is ready to be released in theatres on February 23, 2018.