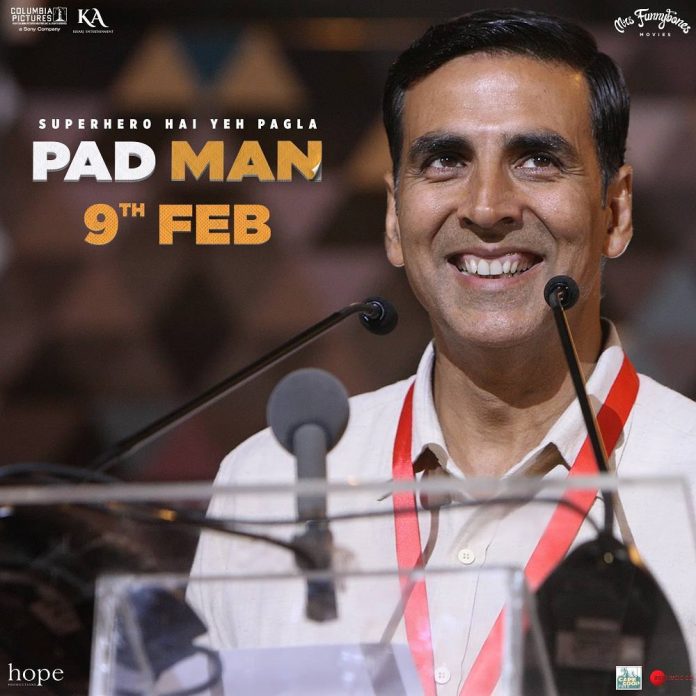 Akshay Kumar showed off his generosity when he announced that he has postponed the release of his film Padman from January 25, 2018 to February 9, 2018. The decision was taken to allow Sanjay Leela Bhansali’s Padmaavat to have a solo release on January 25. The makers of Padman released two new posters from the film while announcing the new release dates.

One of the posters has shown Akshay at an event while he stands in front of a podium. The poster was unveiled on the official Instagram account and the caption reads, “From being called mad to becoming a Superhero, watch this one of a kind story of #PadMan on 9th February 2018.” Another poster of the film has shown Akshay in his character as he poses next to the low-cost sanitary pad making machine that was invented by Arunachalam Muruganantham.

A man with an idea and a Superhero with a vision. #PadMan in cinemas on 9th February 2018. @akshaykumar @sonamkapoor @radhikaofficial @twinklerkhanna @sonypicturesin @kriarj #RBalki