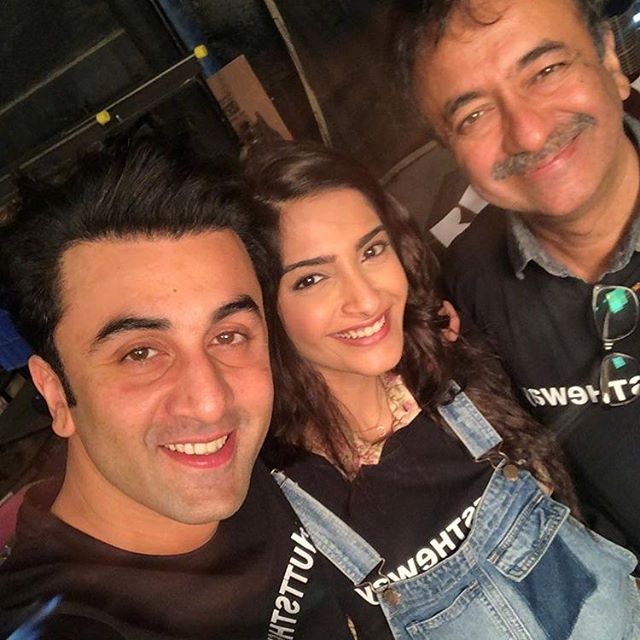 The cast and crew of the much awaited Sanjay Dutt biopic have finally called a wrap. The wrap was announced in a short video which features Ranbir Kapoor, Sonam Kapoor and director Rajkummar Hirani and the entire crew.

The video was posted by trade analyst Taran Adarsh and shows Ranbir and Sonam singing “Dutt’s the way, I like it” and then filmmaker Hirani declares “It’s a Wrap!” The makers of the film began shooting for the film on January 14, 2017.

The film is expected to show all the aspects of Sanjay Dutt as an actor and his struggles in life. Ranbir in a recent interview with a leading daily said, “He hasn’t been a hypocrite about it (his life). So it’s not a propaganda film trying to portray him as God or something. We are trying to show a very human side of Sanjay Dutt, his perils, his downfall, his will to fight, his time in jail, terrorism charges, his drug phase, how he handled his mother’s death two days before the release of his debut film, his relationship with his father. These were human conflicts in his life”.

Paresh Rawal will be playing Sanjay Dutt’s father Sunil Dutt while Manisha will be seen playing his mother Nargis. The Sanjay Dutt biopic, which still remains untitled is due to be out on June 29, 2018.