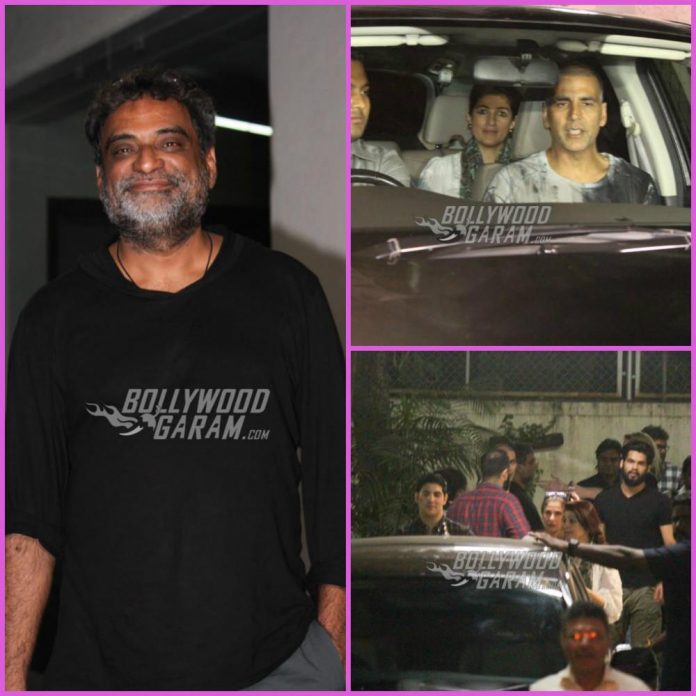 Akshay Kumar hosted a special screening for his upcoming film Padman for his family in Mumbai on January 23, 2018. The special screening event saw the presence of wife Twinkle Khanna, Dimple Kapadia, Aarav Bhatia and director R Balki. Akshay and Twinkle’s son Aarav looked handsome in an all-black attire while producer Twinkle kept her look simple in a white outfit.

Akshay was last seen in the film Toilet: Ek Prem Katha that talked about the problem of open defecation in India and now the actor is ready with his upcoming film Padman that will help to spread awareness about menstrual hygiene. The film is a biopic on the national hero Arunachalam Muruganantham, who made low-cost sanitary pads which could be afforded by the women in the rural areas.