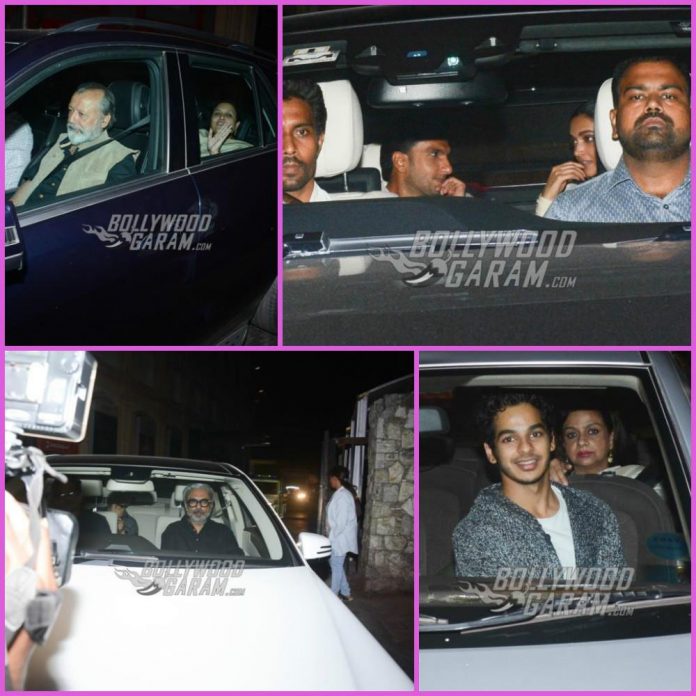 Makers of Padmaavat hosted a special screening of the film in Mumbai on January 23, 2018. The film is ready to be released in theatres on January 24, 2018 at 7 PM. The lead actors of the film along with their families were snapped attending the screening event.

Ranveer and Deepika arrived as a couple at the event and were all smiles for the cameras. The film is ready to be screened at the theatres after going through various controversies. The Supreme Court rejected the pleas from the state governments of Rajasthan and Madhya Pradesh for a ban on the film. The bench said that it is the duty of the state to maintain law and order in the state.

Padmaavat is helmed by Sanjay Leela Bhansali and is ready to be released on January 24, 2018.