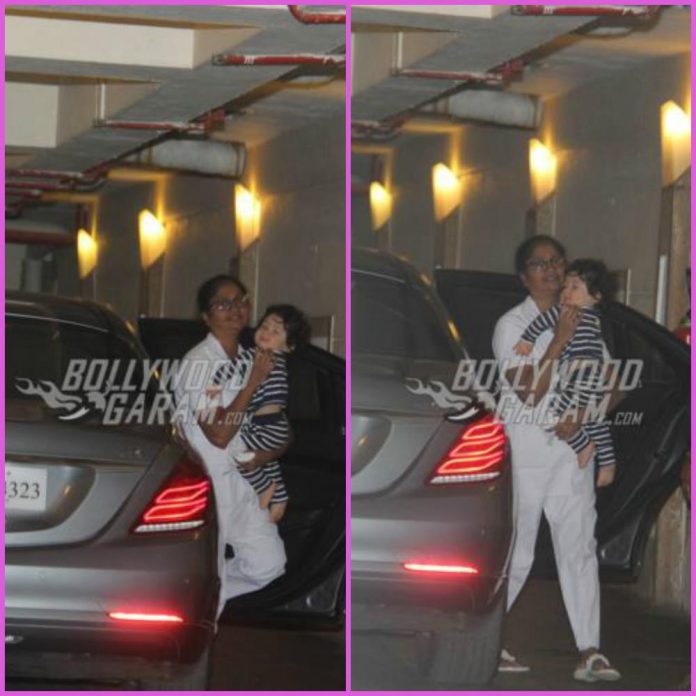 Kareena Kapoor and Saif Ali Khan’s son Taimur Ali Khan has been in the limelight since his birth on December 20, 2016. The star kid recently celebrated his first birthday amidst just family members at the Royal Pataudi Palace. The little one was snapped with his nanny as he visited his aunt Karisma Kapoor’s house in Mumbai on January 24, 2018.

Kareena has managed to transform herself soon after the birth of her son Taimur Ali Khan and is receiving a lot of appreciation for her looks. Husband Saif was all praises for wife Kareena and said, “I love that she’s such a committed, concerned mother. She’s always been a very loving person, but having Taimur has just brought a different love and warmth to her. When she carries Taimur, he looks so much like her; he’s an extension of her.”

The film Veere Di Wedding is directed by Shashanka Ghosh and is due to be released in theatres on June 1, 2018.