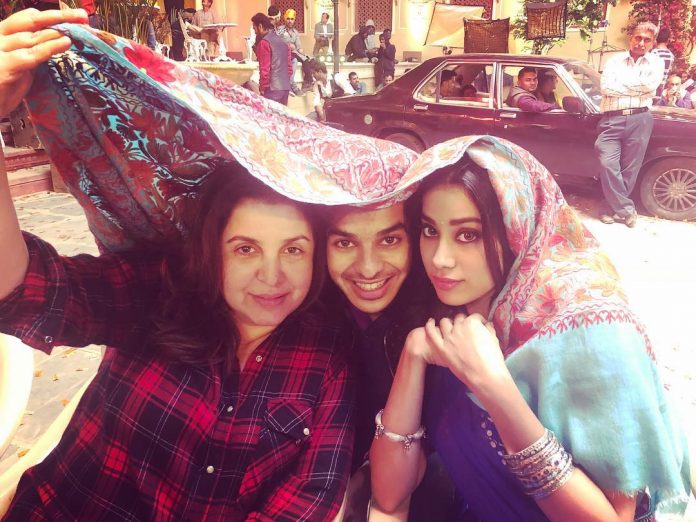 The cast and crew is shooting for the film in full swing, at a popular studio in Mumbai. Choreographer turned filmmaker Frah posted a picture with the lead actors and wrote, “Keeping it under wraps!! Doing JHINGAAT all night With #gennext @ishaan95 @jahnvii.kapoor”

While the song from Sairat had topped the music charts, it will be interesting to see what the Hindi remake will be like. The film was earlier scheduled to be released on July 6, 2018 but has been postponed for July 20, 2018.

Dhadak is directed by Shashank Khaitan and jointly produced by Karan Johar, Hiroo Yash Johar, Apoorva Mehta and Zee Studios. The upcoming romantic drama will be based on the Marathi film Sairat and will be set at the back drop of a rural set up in Rajasthan. The basic subject of caste difference and honor killing will remain the same just the backdrop has been changed from a remote village in Maharashtra to a rural set up in Rajasthan.