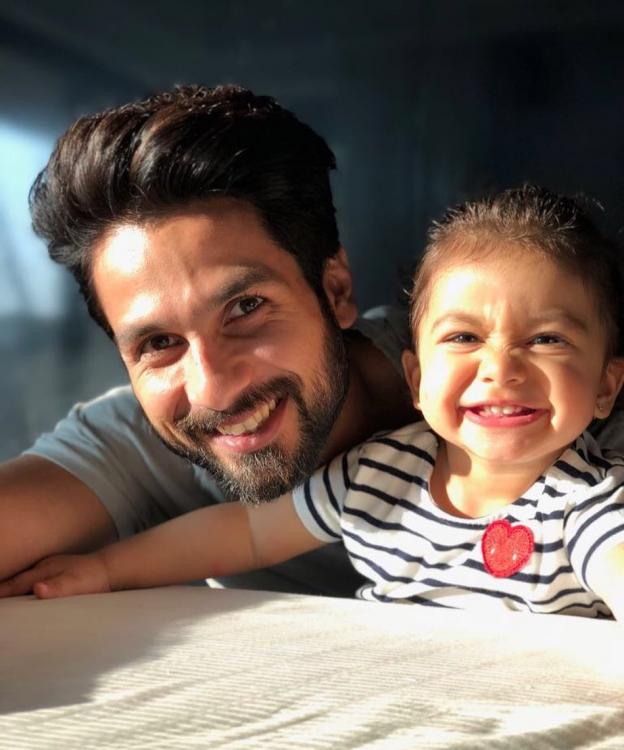 Shahid captioned the picture as “Happy Sunday.” The picture has Shahid and Misha with an excited smile and you cannot get your eyes off the little one. Misha looks ultra cute in a striped t-shirt while Shahid is seen in a full bearded look with a grey t-shirt.

Wife Mira Rajput in a recent interview talked about how Shahid is as a father and said, “Shahid’s relationship with Misha started right from the moment when he got to know that I was pregnant. Fatherhood comes naturally to him. He is fully involved and he changed her diaper even before I did. Shahid wants to be connected to her always and I think that’s great. Misha is going to have him wrapped around her little finger”.

Shahid is currently enjoying the super success of the film Padmaavat, which also stars Deepika Padukone and Ranveer Singh. The actor is seen playing the role of Maharawal Ratan Singh. The controversial film is directed by Sanjay Leela Bhansali and was expected to be released on December 1, 2017 but was released on January 25, 2018.