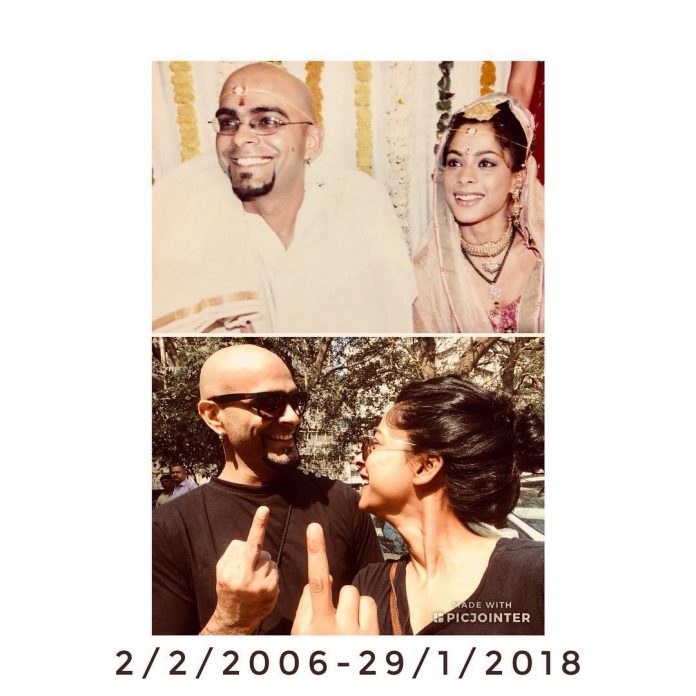 Actor and host, Raghu Ram and his wife Sugandha Garg have set another example of couples, who have remained cordial and friendly even after separation. The couple’s divorce was finalised on January 29, 2018 after they filed for the divorce in 2016. Raghu had announced his separation from wife Sugandha in 2016.

Sugandha and Raghu got married on February 6, 2006 and filed for divorce after ten years of marriage. Close friends of the couple had earlier talked about their separation and said that Raghu and Sugandha are wonderful people and have decided to get separated but deeply care about each other. The couple respect each other’s decisions and still hangout with each other with no awkward feelings.

Raghu and Sugandha posted a picture collage in their Instagram accounts which has shown their wedding day and divorce day. The 42 year old actor wrote, “@isugandha Some things never change. Like the love I have for you. Like the fun we have always had together. Nothing ends. It changes and the next phase begins #FriendshipGoals #DivorceGoals”. On the other hand Sugandha wrote, “@instaraghu It’s been a pleasure..All of it…I got you boo..#relationshipgoals #divorcegoals”.

Sugandha is known for playing roles in the films Tere Bin Laden, Jaane Tu… Ya Jaane Na and My Name Is Khan.