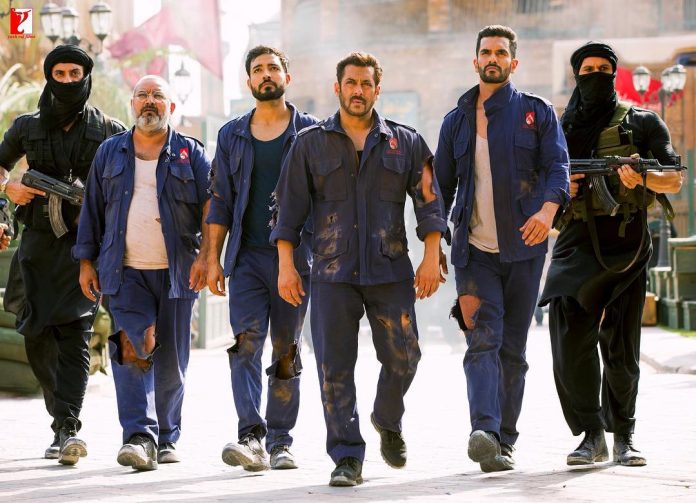 While the fans and the audience are busy appreciating Sanjay Leela Bhansali’s craft Padmaavat, Salman Khan starrer Tiger Zinda Hai continues to have a strong hold at the box office. Ali Abbas Zafar helmed film was released in theatres on December 22, 2017 and since then it has done wonders at the box office.

However, even after a controversial release of Padmaavat, Tiger Zinda Hai collected Rs. 25 lakhs on its sixth Monday . An estimated Rs. 1.95 crore has been collected on the sixth week which is a landmark figure compared to his previous film Bajrangi Bhaijaan with a collection of Rs. 1.49 crores. The film has a total estimate of Rs. 337.39 crores. Analysts are now waiting to see if the film managed to cross Rs 2.5 crores by the end of the week.

If Tiger Zinda Hai Managed to cross the expected figure, it will be the third film after Baahubali 2: The Conclusion and 3 Idiots to reach the spot in the last decade. Tiger Zinda Hai is the sequel to the film Ek Tha Tiger and was picked up from where the earlier film concluded in 2014.

The film also stars Katrina Kaif and the duo have performed some high octane stunts in the film.