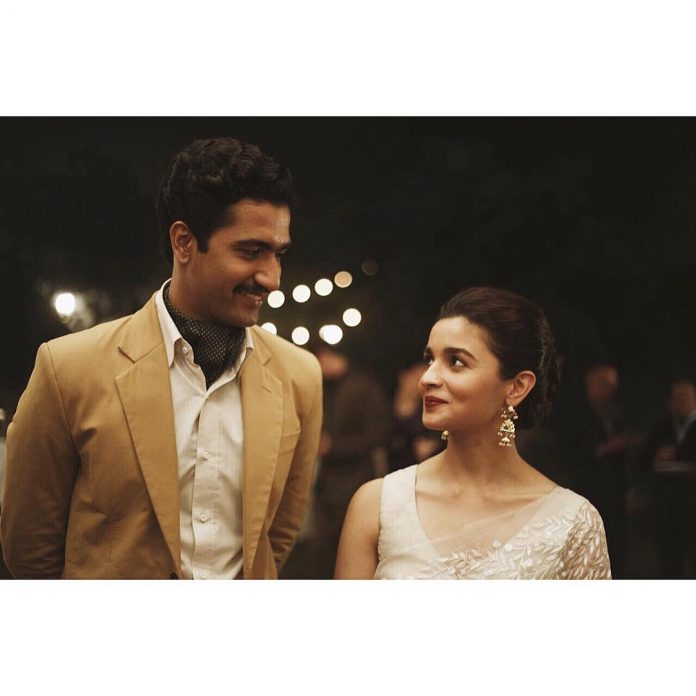 The actress wrote, “Mmmm just about a 100 days to go. No biggie (sic).” Alia in the still looked pretty in a white sari and traditional jewellery as she lovingly looks at Kaushal, who is seen dressed in a formal suit. Raazi will have Alia playing the role of a Kashmiri girl who gets married to a Pakistani officer played by Kaushal, to spy for the Indian Intelligence.

The film will also mark the return of the director Meghna Gulzar after Talvar. Raazi is based on the novel Calling Sehmat by Harinder Sikka. The film is ready to be released in theatres on May 11, 2018 and is produced by Karan Johar and Vineet Jain. The music for the film is composed by the popular Bollywood trio Shankar-Ehsaan-Loy.

On the other hand Alia is shooting for the upcoming film Gully Boy opposite Ranveer Singh. A few pictures surfaced on the internet have shown Alia and Ranveer shooting at real locations at the slums of Mumbai. Makers of Gully Boy are yet to announce a release date.