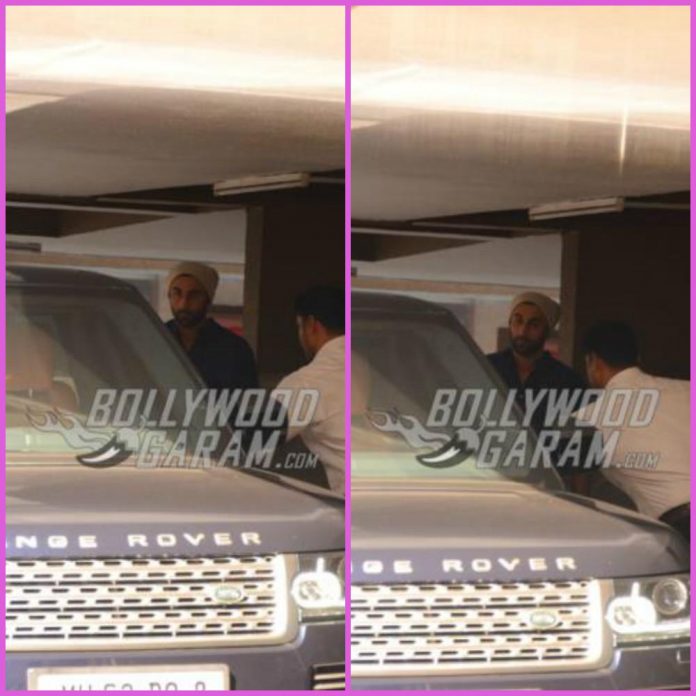 Ranbir Kapoor, has been working hard in recent times as he prepares for his upcoming film Brahmastra. Apart from taking dance lessons, the actor has reduced the number of public appearances and is concentrating on work. The actor was snapped outside a salon in Mumbai on February 2, 2018.

Ranbir recently wrapped the shoot of the much awaited Sanjay Dutt biopic and is now got down with the preparations of the upcoming trilogy, Brahmastra which also stars Alia Bhatt, directed by Ayan Mukherji and produced by Karan Johar’s Dharma Productions. The Tamasha actor recently talked about Brahmastra and said, “Well, it’s not really a superhero film because the word ‘superhero’ comes with a preconceived notion about it. The film is, as Ayan puts it, ‘a magical romantic fairy tale set in contemporary times.”

Ranbir along with Alia and Ayan was at Tel Aviv, where they prepared and trained for the film. Talking about the Sanjay Dutt biopic, the actor will be seen stepping in to the shoes of Sanjay. The film is directed by Rajkummar Hirani and also stars Sonam Kapoor, Manisha Koirala, Paresh Rawal and others. Sanjay Dutt biopic still remains unnamed and is due to be released in theatres in June 2018.