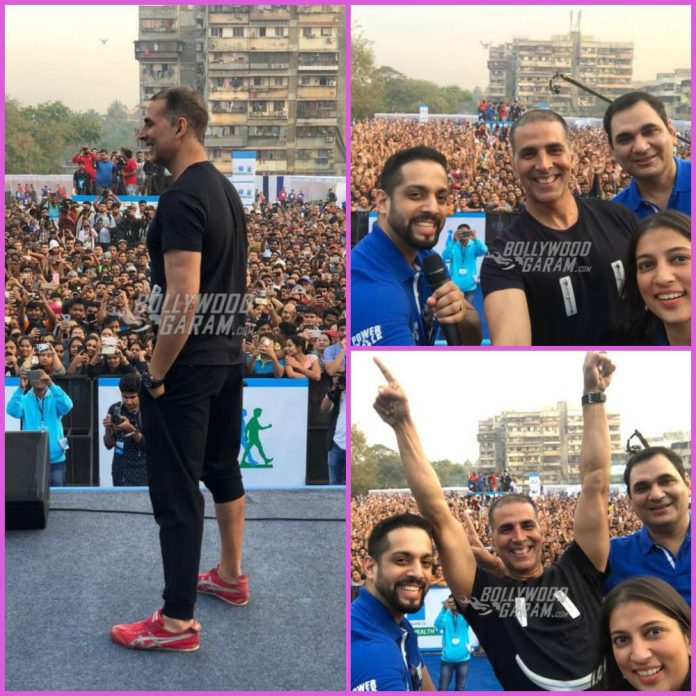 Akshay Kumar is already receiving appreciation for his film Padman, even before its release due to its content. The actor flagged off a Marathon in Mumbai as he promoted his film on January 4, 2018.

Akshay was seen in an upbeat mood and also clicked selfies with the organizers at the event. The makers of Padman have thrown the #Padman Challenge for the celebrities in the industry to pose with a sanitary pad. The challenge has gone viral and celebrities like Twinkle Khanna, Deepika Padukone, Anil Kapoor, Aamir Khan and Rajkummar Rao have already posed their pictures with a sanitary pad.

The film helmed by R Balkin was expected to be released on January 25, 2018, but Akshay Kumar announced a delay to allow Padmaavat to have a solo release. Padman will now release on February 9, 2018.