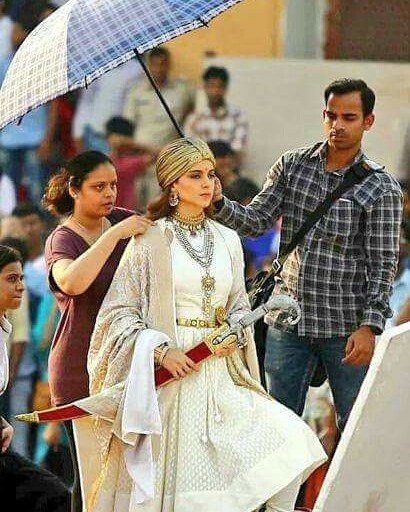 The film Padmaavat got a lot of publicity after the Shree Rajput Karni Sena strongly protested against the film in many parts of India. However, despite protests, the court paved a smooth way for the release of Padmaavat, after the censor board approved the film with a U/A certificate. After all the ruckus created for Padmaavat, the group has now decided to back the Sarv Brahmin Mahasabha community to protest against the Kangana Ranaut film Manikarnika – The Queen of Jhansi. The film is based on the historic figure Rani Laxmi Bai and Kangana will be seen playing the lead role.

The Sarv Brahmin Mahasabha has alleged that the film has shown a relationship between Rani Laxmi Bai and a British officer. On the other hand the makers have claimed that nothing of such sorts has been mentioned in the script and that they are open to show the script to anyone who demands.

In some recent developments, the film Padmaavat has cleared to be released in theatres in the state of Rajasthan. The court has ordered the state to maintain the law and order in the state and to provide security to the movie goers. The film is directed by Sanjay Leela Bhansali and stars Deepika Padukone, Shahid Kapoor and Ranveer Singh in lead roles.