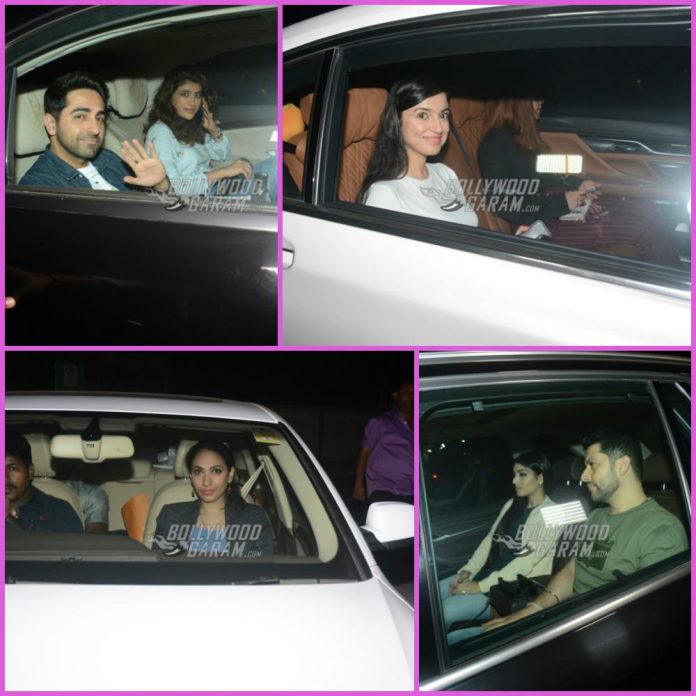 Celebrities from Bollywood gathered to attend the special screening of the film Padman, which has already gripped the nation by creating awareness about menstrual hygiene among women. B’towners graced the screening event in Mumbai on February 7, 2018.

Padman is one of the most awaited films of 2018 and stars Akshay Kumar, Sonam Kapoor and Radhika Apte in lead roles. The film is directed by R Balki and is a biopic on the national hero Arunachalam Muruganantham, who made low-cost sanitary pads for rural women, who could not afford expensive sanitary pads.

The film is produced by Twinkle Khanna, who will be making her debut as a producer under the banner of Mrs. Funnybones Productions. Padman is ready to be released in theatres on February 9, 2018.