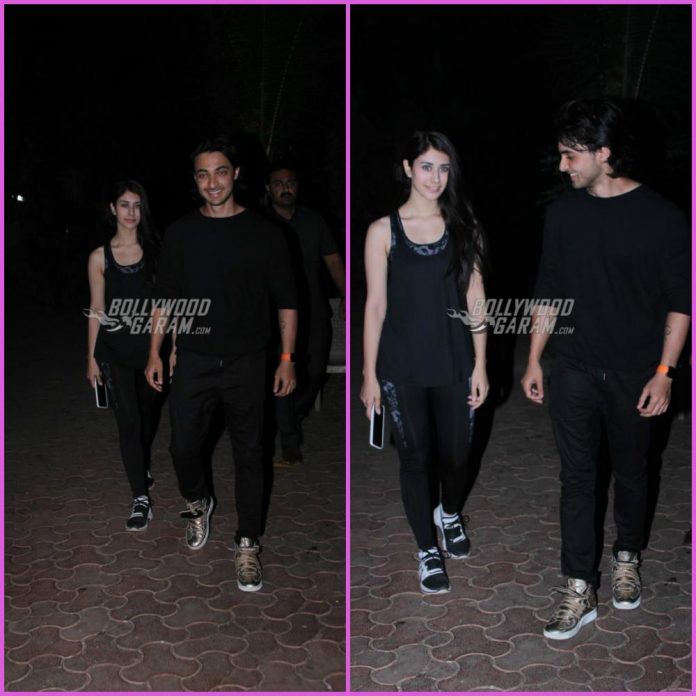 Aayush Sharma and Salman Khan recently introduced debutant Warina Hussain for the upcoming film Loveratri. Warina and Aayush will be making their debut in Bollywood and the preparations have already begun. The actors were snapped post dance rehearsal session in Mumbai on February 8, 2018.

A video of Warina practicing during dance rehearsals has also surfaced online. The upcoming film Loveratri is set in the state of Gujarat, India and is written by Naren Bhatt. The film is directed by Abhiraj Minawala, who will be making his debut as a director.

Salman Khan had a unique way of announcing Warina as the female lead and tweeted, “Mujhe Ladki Mil Gayi.” And later clarified, that he had found the leading lady for the film Loveratri.