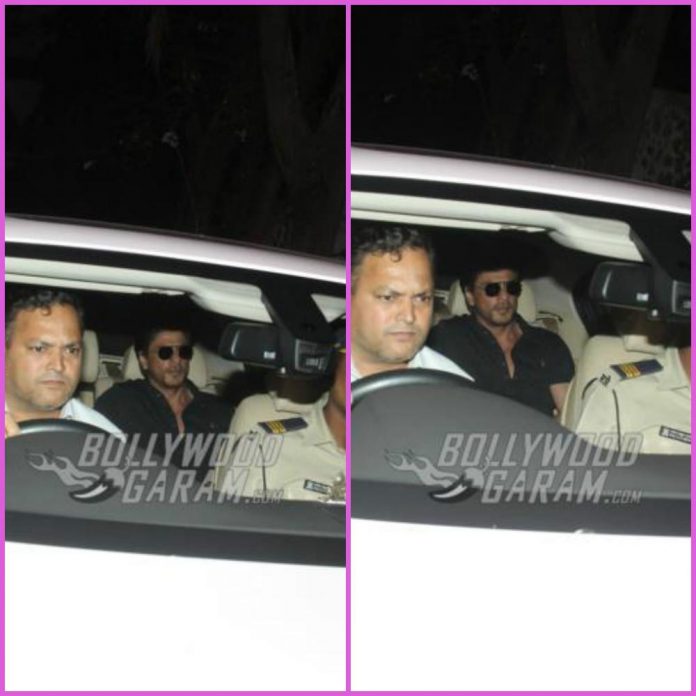 Shah Rukh Khan has not just maintained a graph of good movies, but has also maintained his graph of good relationships in Bollywood. The superstar was snapped outside veteran actor Dilip Kumar’s residence in Mumbai on February 12, 2018. The Dilwale actor visited ailing Dilip Kumar at his residence.

Shah Rukh had visited Dilip Kumar when he was discharged from the hospital in August 2017 for dehydration and urinary tract infection. The veteran actor was also treated for mild pneumonia in December 2017.

One of the family friends of Kumar took the actor’s official Twitter account and shared a picture of Shah Rukh with Dilip Kumar and wrote, “.@iamsrk came to visit Saab at home today. – FF.” Farooqui had earlier given an update of Dilip Kumar’s health and said “Saab is doing well. – FF ( FF signature means the tweet was posted by @faisalMouthshut on behalf of Dilip Kumar)”.

On the work front Shah Rukh Khan is working on his upcoming film Zero directed by Anand L Rai. The film also stars Katrina Kaif and Anushka Sharma and Shah Rukh will be seen playing the role of a dwarf.